The City of Stones

In the heart of the Grands Causses highlands, on the Causse Noir plateau, bordered by the La Dourbie river Canyon, the chaos of Montpellier le Vieux is a characteristic tourist site in northern Aveyron on the Lozère border, not far from Millau. These are clusters of ruinous rock stored close to each other, appearing to form silhouettes, animals or sometimes objects according to each one’s imagination.

It’s the famous Édouard-Alfred Martel who named it “Montpellier the Old” in reference to the people of Montpellier who call “Lo Clapas” their old limestone center.

The place has become over the years a multi-activity site that allows you to discover it in different ways to satisfy young and old alike. As such one can take on a free walking tour of 1 to 3 hours milestoned with informative panels, visit by tourist train with a guide or set off on a via ferrata route with a zipline, or even a rock-climbing tour for children. Whether you are keen on walking, sportive or looking for originality, any desire can be fulfilled! 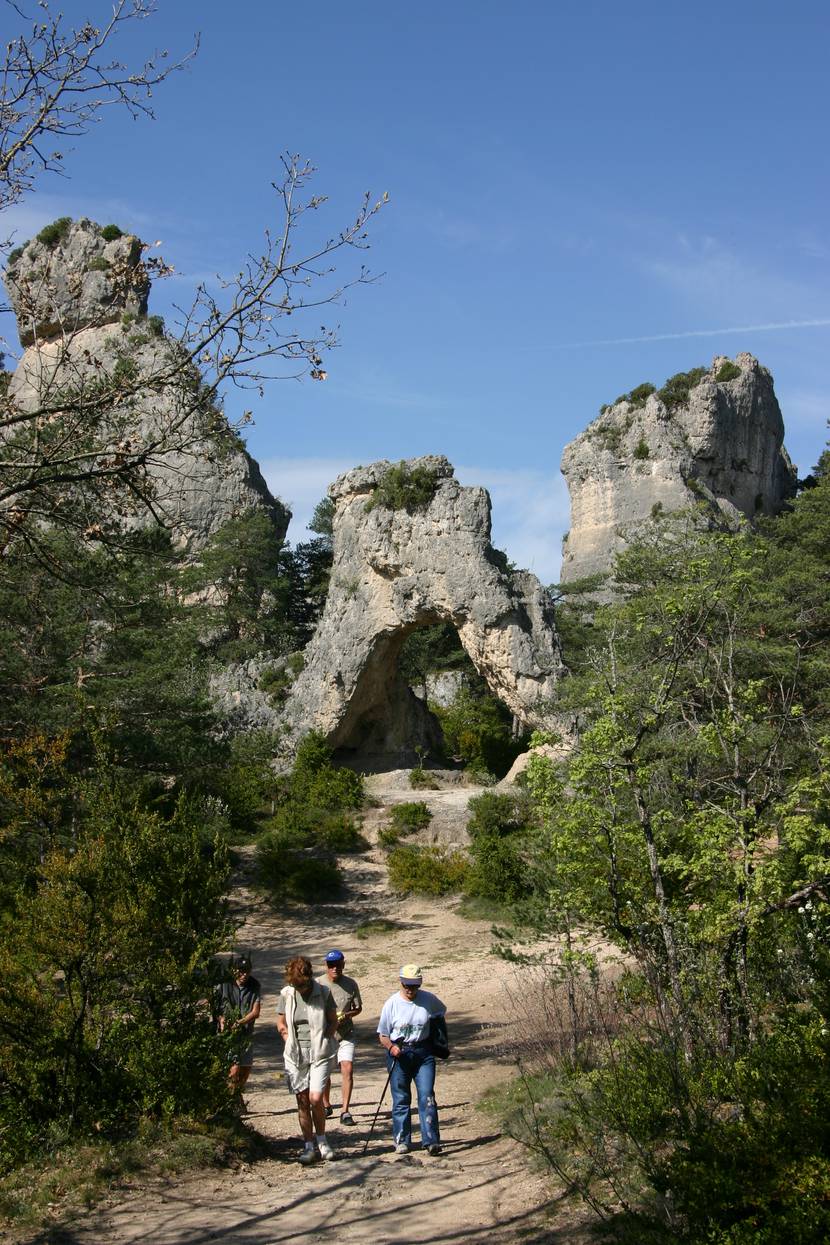 It should be noted that this site was the location for the film La Grande Vadrouille with Louis de Funès and Bourvil in 1965. Gérard Oury, the director chose the chaos of Montpellier le Vieux to shoot the scene when the two main actors are disguised as Germans, one on the other's shoulders. The famous Mycene gate is easily recognizable.

This site is the testimony of a unique and characteristic geological ensemble of the Grands Causses highlands, a singularity not to be missed. For a day, with family, duo or friends, do not hesitate to go and meet these strange limestone dolomites.

The chaos of Montpellier-le-Vieux invites you to a getaway in a breathtaking setting ... discover the largest rock maze in Europe ... water, wind and time have carved this fantastic city in stone Black Causse. Four possibilities are available to you to appreciate this strange universe of rocks with strange shapes: - in footpath, 5 marked trails and equipped with heritage panels (from 1h to 3h) - on board the small train for all those who wish to visit the effortless site (duration 50mn) - via ferrata and ziplines for the more sporty with the path of vertigo offering you sumptuous landscapes - novelty 2019 the EXPLOR'GAMES: game of exploration and adventure, mixing orientation course , challenges and riddles