The Aubrac flora has not stolen its reputation! During our wanderings we marvel at the bright colors that contrast with the green pastures: brooms in bloom, narcissus, gentian ...  Nearly 2000 species share the plateau! Colors, scents and various shapes invite us for discovery.

Spring is the time of colors and scents with daffodils, narcissus, orchids, pulsating anemones and other fluffy-looking cottongrass. The narcissus, nicknamed the plateau’s "white gold", is harvested in late spring and sent to Grasse where it is used for the perfume industry.

The yellow gentian, another emblematic plant of Aubrac, is easily recognizable: large of size and yellow flowers divided in layers, it is impossible to miss. Its root is used to make the famous aperitif of the same name ... but beware... its picking is regulated! 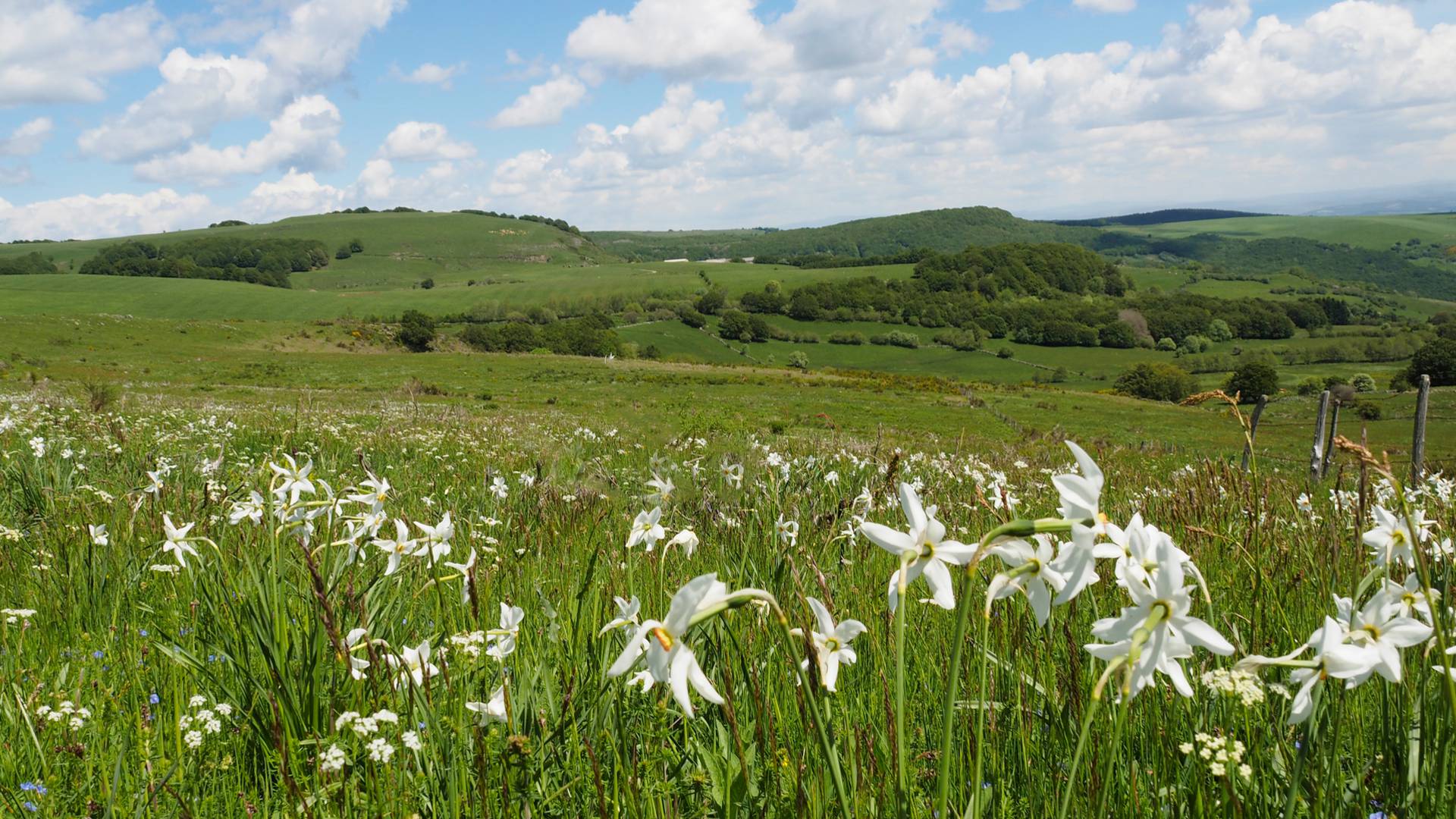 A field of narcissus on the Aubrac mountains

Aubrac tea, also known as Large Flower Calament, is a wild plant used to make the famous tea. Discreet, this small plant with purple pink flowers grows in the undergrowth of beech forests. It takes a lot of conditions for it to appear: volcanic soil, a certain altitude, beech trees ... these are all met on the Aubrac plateau, and even if they are found on a few other mountains in France, it is here that it has always been used. Under its tea name, it is actually consumed as herbal tea because it does not contain theine. Popular for its taste with light mentholated notes, it is also appreciated for its digestive and relaxing virtues.

Peatlands on the Aubrac mountains

Finally, the rich peatlands are full of life. These are wetlands with acidic and stagnant waters. In this oxygen-poor environment, organic matter becomes accumulating "peat" of a thickness usually between 50 cm and 10 meters. There are many rare plant species: lapland willow, Siberian ligular, but also the drosera. A protected carnivorous plant in France, it is found only between 600 and 2000 metres above sea level. It traps insects in its "hairs" that cover its leaves.

Find out the botanical route created by Aubrac Sud near the Bonnecombe Lake. 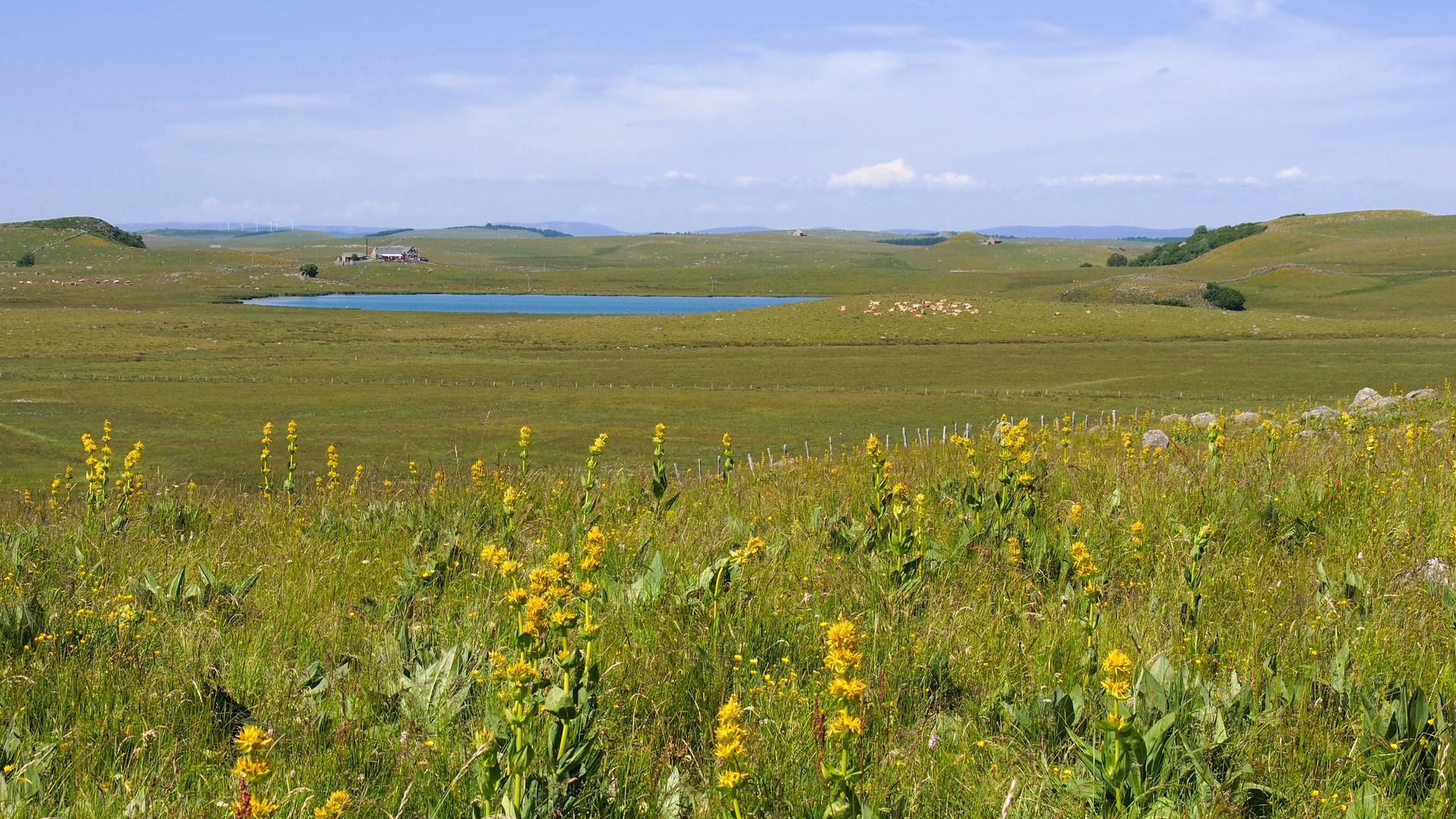