Saint-Germain-du-Teil, at the gates of the Aubrac mountains.

Discover the village of Saint-Germain-du-Teil

The commune of Saint-Germain-du-Teil is located between the Lot river Valley and the Aubrac mountains. It would be the lime trees at the entrance of the village that gave its bucolic name, "teil" designating this tree in Occitan. It is impossible to know when exactly its foundation dates back. We know however, thanks to fragments of pottery found in 1830 and in 1960, that it witnessed Roman occupation.

Today, there are very few traces of the old village, the oldest building dating from 1773. It was in the XVIIth century a high place of robbery because organized bands of looters in the pay of noblemen  occupied the 'The Thieves’ Tower (la Tour des Brigands), which was evacuated and dismantled in 1655.

During a long period spanning the Middle Ages until the 1789 Revolution, Saint-Germain-du-Teil is part together with the current municipalities of Saint-Pierre-de-Nogaret and Trélans of "Nogaret’s Mandate", barony of the lords of Canilhac. Composed of small cultivated plateaus and narrow boxed valleys where dwellings were only accessible by narrow paths, it constituted a territory almost impassable by invaders, thus assuming an important defensive function. The commune of Saint-Germain-du-Teil was therefore always considered one of the main entrance gates to Aubrac. 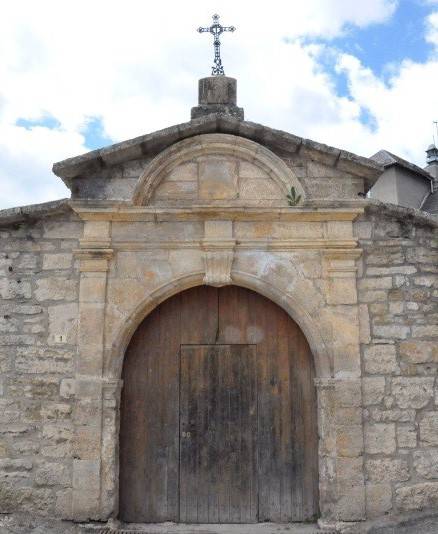 Saint-Germain-du-Teil maintains a very strong link with the Clos du Nid association. To understand it, you have to admire the large building at the village’s entrance. This building belongs to a very old Lozerian family. The latter made it available to the Brothers of the Christian Schools in 1867. This congregation founded by Jean-Baptiste de la Salle had the mission of participating in the education of poor children, but it will then be extended to the education of all boys without distinction. It fostered a lot of followers in Lozère, where from 1800 to 1952, more than 1000 brothers got involved. After their departure in 1906, the establishment was assigned to a public boys' school. It then hosted from 1955 to 2005 part of the "Clos du Nid", an association born of the will of Father Oziol. The latter, then vicar in Marvejols, discovered on Christmas day 1955 a child suffering from a handicap that had been left on his doorstep. Others will follow. Desiring to offer these children a dignified life, the abbot created the Clos du Nid association and continued to work for this cause until the end of his life in 2003. Thanks to him, Lozère nowadays counts numerous welcome centers for people with multiple disabilities, disabled or Down's syndrome, either children and adults. If these centers were pioneers in the genre, they also enabled the inhabitants of Saint-Germain-du-Teil to find work on the spot and thus to preserve the village from a massive rural exodus which hit hard the department.