With its ochre coat, its large lyre-shaped horns and its eyes that look eyelined with kohl, the Aubrac cow is recognizable among all. Renowned for its beauty but also its robustness, it is the emblem of the plateau. Come and admire the huge herds that graze in the rich Aubrac pastures, indispensable figures of the painting that composes the unique landscape of this territory, and come with us to celebrate their arrival during the May transhumance. 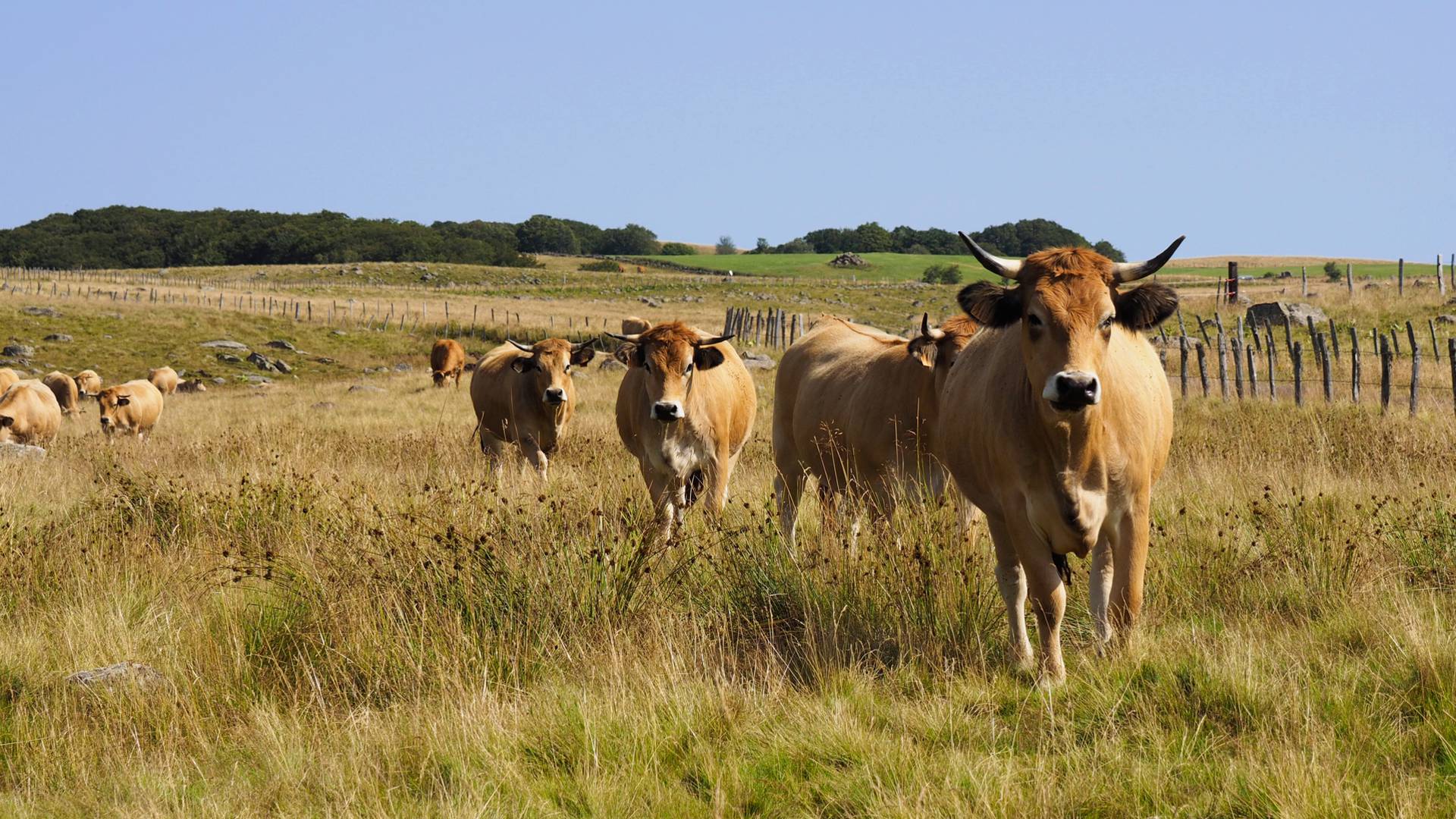 A herd of Aubrac cows

The Aubrac cow was born on the plateau, so it is perfectly adapted to the harsh climatic conditions that prevail here: wind, cold, extreme temperature difference ... It is renowned for its hardiness. It is little food demanding and able to eat lean quality forages before consuming to satisfaction the abundant greasy grass in spring. Easy to raise, it requires less work than other cattle breeds: it adapts very well in the summer season of its independent life in the huge pastures of Aubrac.

In the past, the Aubrac cows were watched by the buronniers who milked them to produce the laguiole and tome cheeses. They are now intended almost exclusively for meat production, both in purebred and cross-breeding with other bulls. The mother gives birth to one calf a year, mostly independently. The latter is robust from birth and spends the first months of his life in the pastures of Aubrac, with his mother.