Discover a mysterious and fascinating animal

The wolf in Lozère

Since dawn of times the wolf exerts an incredible fascination on men. Even today, it unleashes passions and causes a divide between its supporters and those who refuse its comeback on the territory. Some consider its presence incompatible with agropastoral activity, while others believe that the great predator has its place. In a territory deeply rooted in agropastoralism, its place in Lozère leads to a debate that crystallizes tensions.

"Best Enemy of Man", the wolf has been associated with many legends for millennia. It is also the first domesticated animal by man, at least 33,000 years ago, to gradually become the dog we know today. It was once part of Lozère’s inhabitants daily life, and subject of many frightening tales and stories. It appears, however, that the number of attacks on man were extremely rare, and that these probably occurred during the long, icy winters, or when the incessant wars provided them corpses without burial that gave them the taste of human flesh. Still, on the Aubrac wild plateau, the dark forests that hosted packs of wolves seemed very hostile to the lonely traveler. Imagine yourself back then crossing this wild territory at nightfall, to the sound of howling rising at moonlight...

The wolf had almost entirely disappeared from Lozère in the 1930s, decimated by the population that considered it harmful.  Officially, the last wolf in Lozère was killed on June 20, 1977 in the Salces commune by a farmer. Italian wolves then returned to France via the Alps and gradually spread over French territory. 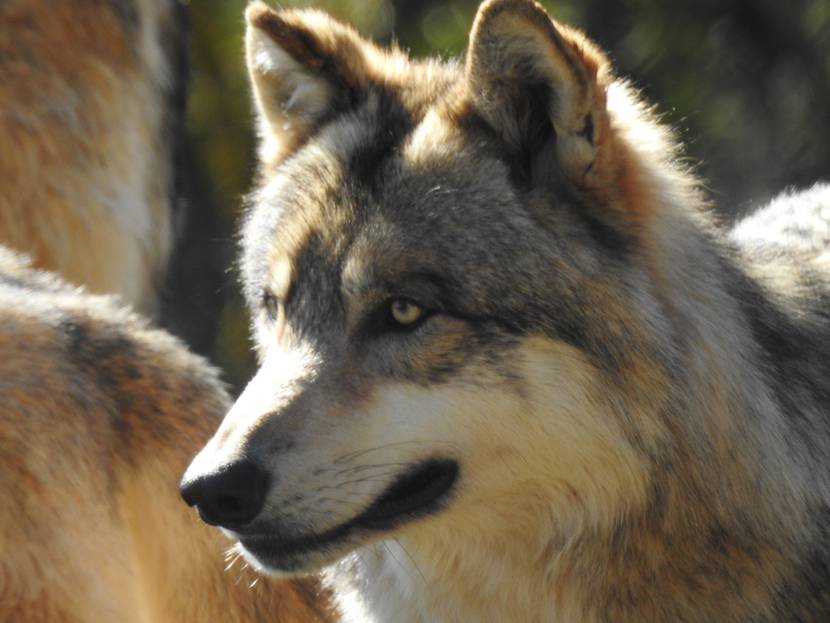 A wolf at the Gévaudan Wolves Park

The wolf is found on many continents. Like all other subspecies, the European grey wolf has a particularly developed social life. It lives in packs of 4 to 6 individuals on average, spread over a territory of 200 to 300 square km. This pack is very hierarchical: it is led by a monogamous "dominant" couple, who will remain together for the rest of their lives. In the wild, the grey wolf's lifespan is between 5 and 6 years, its death being most often caused by hunting or other wolves, while in captivity they can sometimes reach over 15 years. 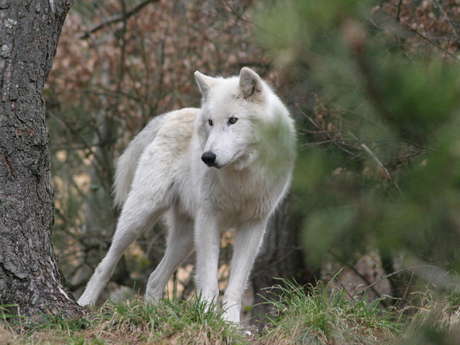 In 2020, the park is getting a facelift and offers visitors new attractions and immersive experiences to discover the species of wolf. Immersed in the heart of the pine forests of Margeride, walk the small paths of the park and discover the majesty of the packs. After escaping unscathed from the labyrinth of the imaginary, you return fearlessly to the enclosure of our new pack: the black wolf. A brief moment's rest in the monster tree and you spot the beast. Faced with his piercing eyes, you are amazed. What a meeting! It's 10 p.m., can you hear their screams? Sounds and lights guided your way in the twilight, to the top of the belvedere. A unique experience that you will never forget!