Have you ever seen those curious little stone houses on the Aubrac plateau that stand here and there across pastures?

Have you ever seen curious little stone houses on the Aubrac plateau that stand here and there across pastures? These are the famous buron huts, which used to welcome men and animals during the summer. Sometimes planted here for several centuries, they bear witness to a way of life that is now over. This is where the fresh tomme cheese was made, used to make aligot.

The buron pasture huts were most often composed of three parts:

Often a pigsty was built near the buron. Pigs and piglets were brought there during the summer period in order to be fattened for the farm needs or to be sold at the end of the summer. The whey served for their food. 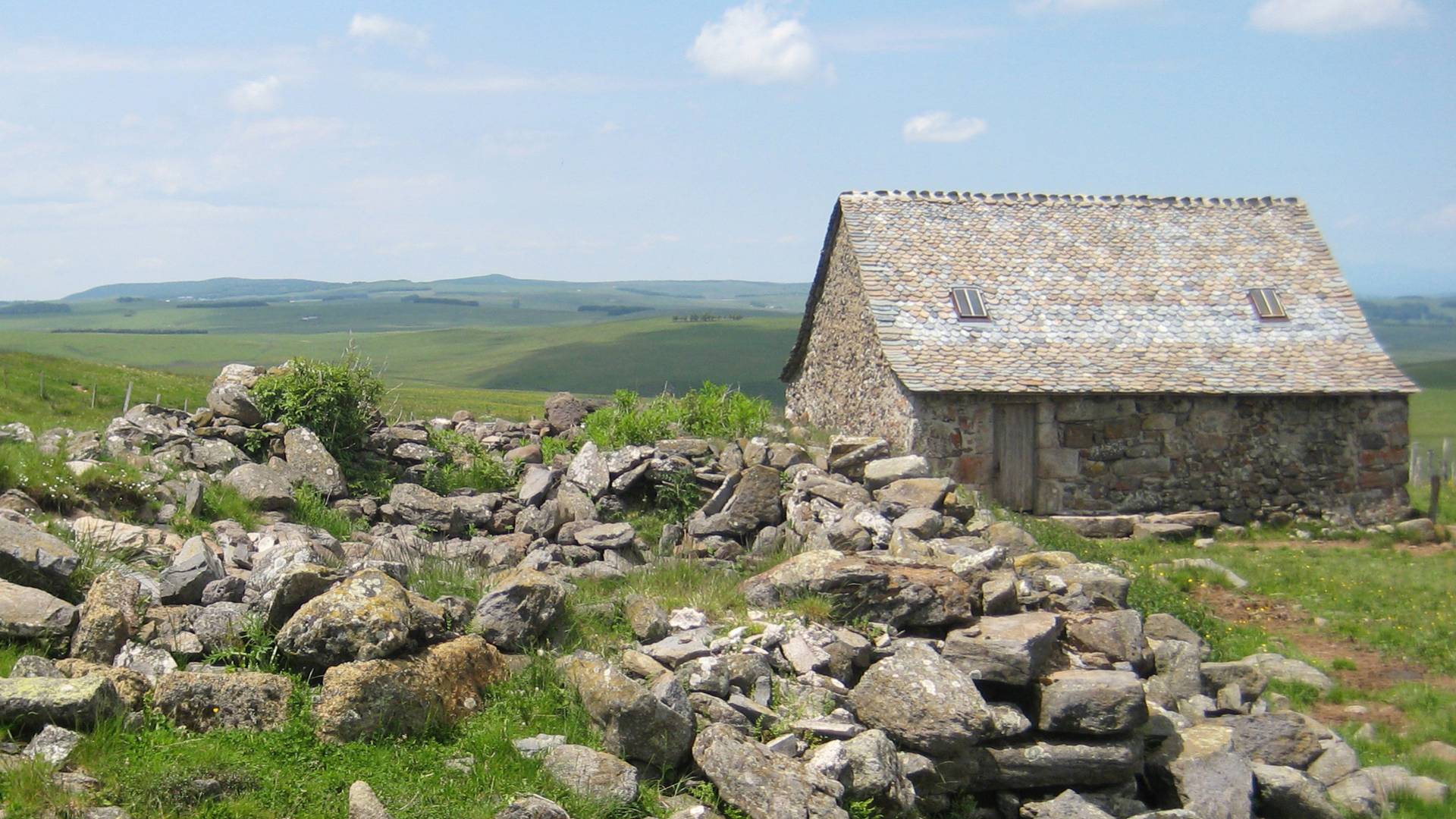 A buron hut on the Aubrac

The buron was inhabited during the summer pasture, as of May 25, traditional date of transhumance, to October 13. Life was rough on the Aubrac plateau: one had to endure isolation, exhausting heat of the day but also sudden and violent thunderstorms in summer. As such, men who came to spend the summer period in the Aubrac mountains had to be brave, hardworking, and above all loving the plateau’s life. Each had a very distinct function:

A buron hut on the Aubrac