In the footsteps of the Lords of Gévaudan and Rouergue ...

Discover the aptly named Sévérac-le-Château, a village with medieval alleys overlooked by the imposing castle perched on its 800-meter-high promontory. Up there, enjoy the panoramic view of the Grands Causses highlands and the Aveyron valley. The medieval and renaissance castle is open to the public all year round, and comes to life in summer with guided tours, numerous activities and sound and light shows. Come discover it and enjoy the many animations of the medieval alleys: street theater, medieval events, guided tours…

Castles on the Causse Méjean?

There are no castles on the Causse Méjean plateau: on this arid land, "island in the sky" which beauty is matched only by its harshness, only groups of "shepherds" have lived since prehistoric times. Life was punctuated by the sheep while the local lords chose, not without reason, to settle in the Valleys and Canyons. But in the limestone hamlets that blend into the landscape, don't these beautiful and imposing farms with singular architecture compete with the fortified castles?

There are some castles and fortified houses on the Sauveterre highland, less isolated and closer to the Lot river Valley than the Méjean plateau. Among them, one of the best preserved can be found on the Laval-du-Tarn commune. The Grandlac Castle, built in the second half of the 16th century, belonged to the Maillans, a large bourgeois family from La Canourgue, later ennobled. Jean de Maillan married in the XVIth century Jacquette de Mostuéjouls, heiress of the La Caze Castle, thus unifying the two domains. 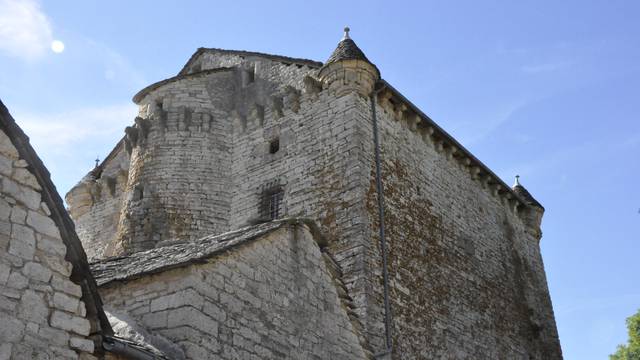 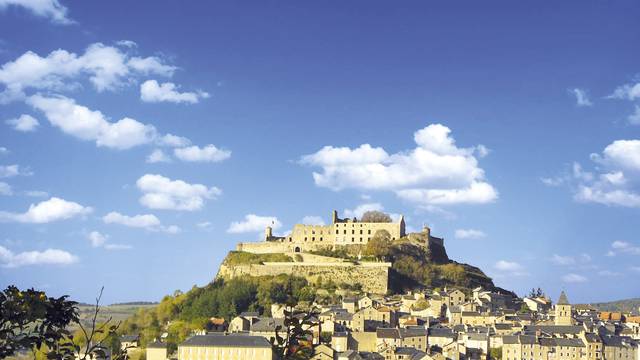