The Grandlac castle, a fortified estate in the heart of the Causse de Sauveterre highland

The Grandlac castle is located on the Causse de Sauveterre highland, about ten kilometers from Laval-du-Tarn and east of the Baraque de Lutran. The construction of the fortified house dates from the 14th or 15th century. The domain of Grandlac is already mentioned as "manse", feudal agricultural domain, in 1307 in the deeding act passed between the bishop of Mende Guillaume Durand and the king of France Philip the Fair.

From this period, still remain some architectural elements: the crows which supported the machicolations, the lamp bases of the watch towers, as well as a monolithic lintel decorated with a clover in re-use in the gable.

In 1580, the house was owned by Jean de Maillan, who was part of a large noble family from La Canourgue. He married Jacquette de Mostuéjouls, and by this marriage united the domains of Grandlac and La Caze from which she was heiress.

After a long period of abandonment, the building was bought in the middle of the 19th century by the De Nogaret family. The farm buildings are then built or restored: the date of 1881 is engraved on the barn-stable. Today, the domain is still inhabited. The building surprises with its austere beauty amidst a landscape of solitude.

The castle is private property not open to visitors. The tranquility of its owners should be respected. 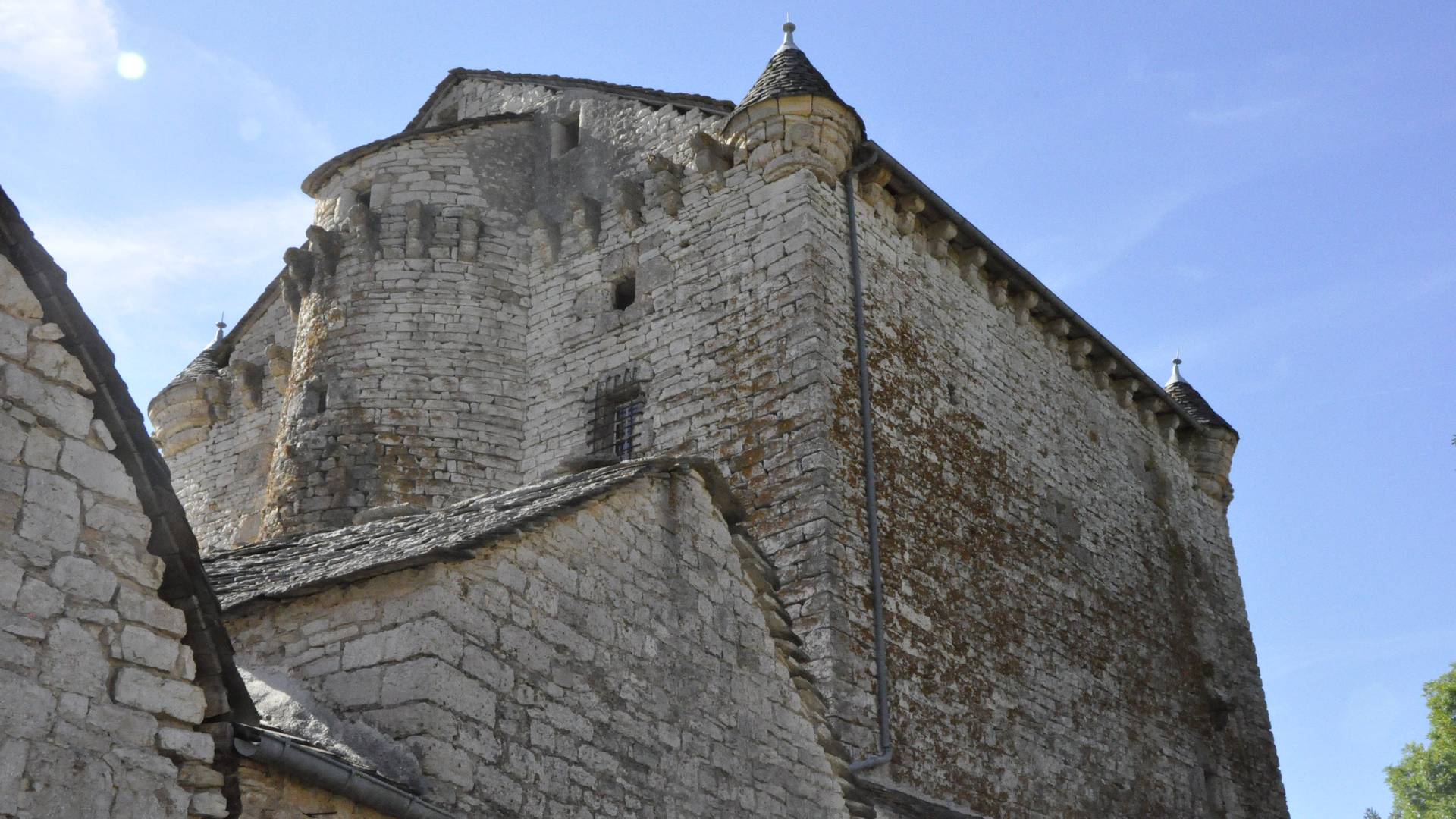 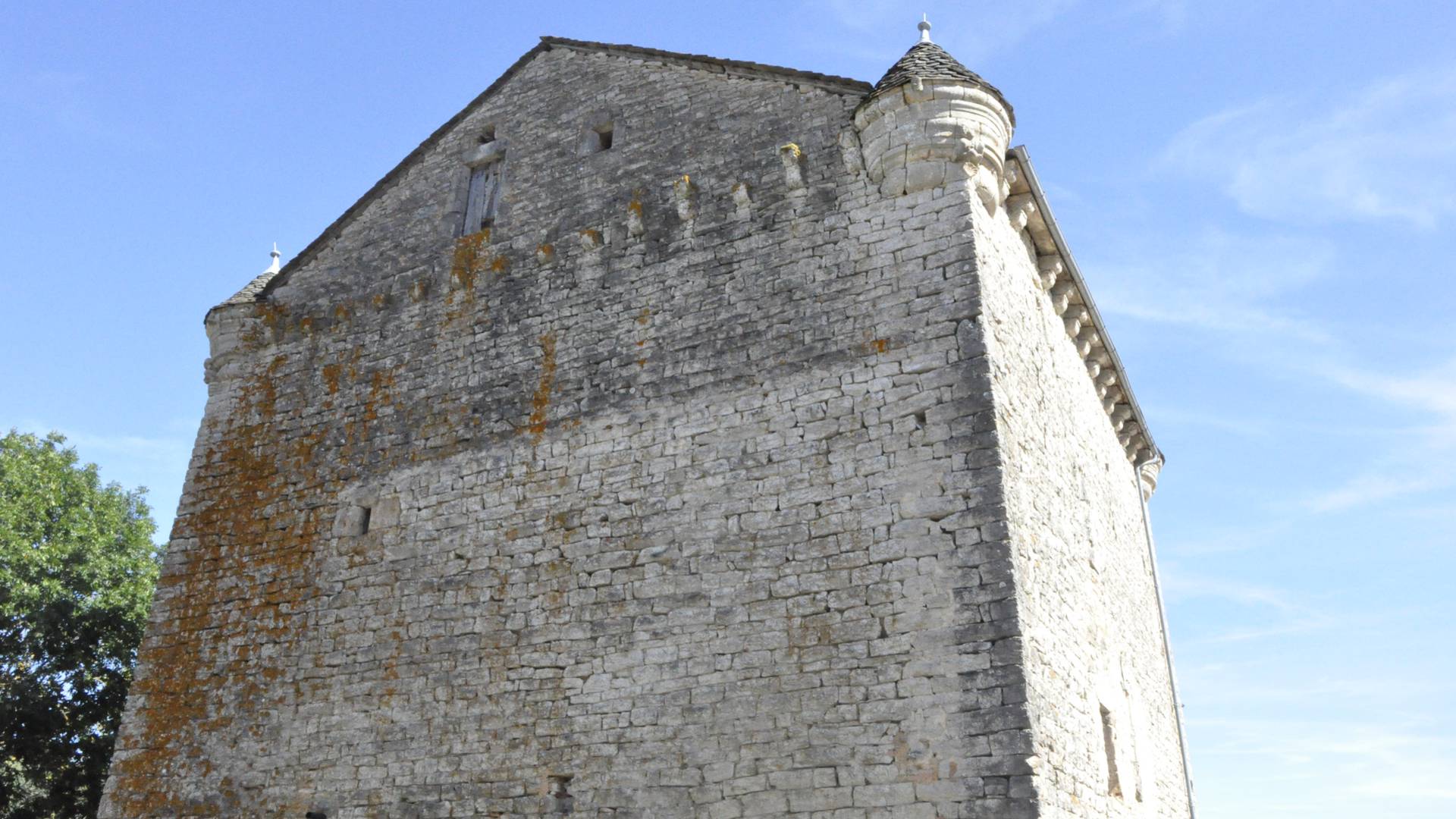