Nîmes-le-Vieux on the Causse Méjean plateau

At the heart of the Cévennes Natural Park, on the Causse Méjean plateau, lies the ruin-shaped Chaos of Nîmes le Vieux. It is accessible via the Perjuret Pass between Florac and Meyrueis. The site, discovered in 1908 by Pastor Paul Arnal de Vebron, was named after its cousin the chaos of "Montpellier le Vieux", discovered 25 years ago by Martel.

This fabulous ruin-shaped site born from the erosion of the dolomite is source of many legends and tales. Nature has created real works of art, to which local tradition likes to give names: likewise, you will come across a lion, a turtle, your mother-in-law...

A 4.5km educational trail is marked out in 7 stages, numbered throughout the circuit. 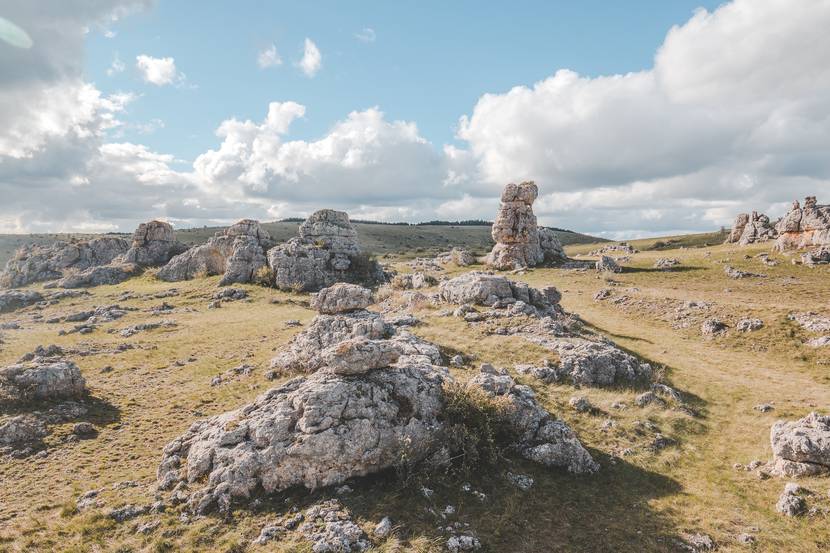