La Capelle is a village located 10km south-east of La Canourgue, on the Causse de Sauveterre plateau. It is attached to the village of La Canourgue. Composed of fifteen hamlets and localities, it covers more than 3000 hectares but has only 120 inhabitants. The tough living conditions of this dry and arid Causse highland have shaped the heritage of these hamlets, admittedly modest, but nonetheless a privileged witness of time when men worked tirelessly to survive in harsh conditions today forgotten.

The soil of the arid Causse highland makes agriculture laborious and not very profitable. Only a few cereals such as barley and oats, as well as wheat, corn and potatoes can be grown. There are two forests: that of "Ceyla" and that of "Domal". Wolves once populated these woods and hunger pushed them in winter to approach homes. In the 19th century, 80% of the population owned only 12% of the land, which forced the peasants to hire their services as "day laborers". Very few were the large landowners who managed to profit from their land.

La Capelle and its hamlets spread over 3,000 hectares have almost no fountains, no lake or swamp except a few ponds or lavognes dug by the inhabitants of the hamlet. The hamlet of Fontjulien is an exception to the rule since it takes its name from a fountain located to the northwest on the way from Fontjulien to La Canourgue. This fountain never dries up, even if it is scarce. Locals would go there during periods of drought to get the water they needed. 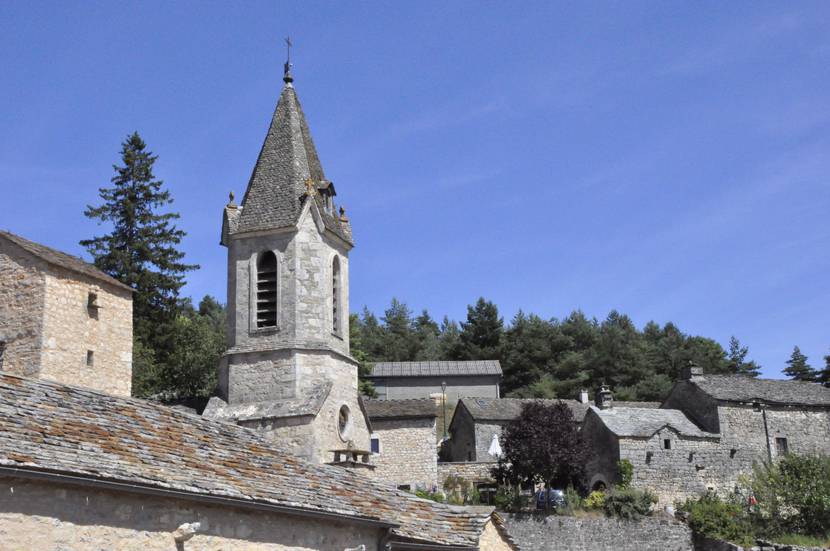