Founded on the priory of the "Blessed Mary of the Valley", the picturesque village of Laval-du-Tarn, originally called Laval-du-Causse, majestically dominates the Tarn river Canyon from its Causse de Sauveterre highland plateau and offers incomparable hiking trails and viewpoints. The village and these long isolated hamlets are now easily accessible to lovers of beautiful landscapes and Caussenard local heritage.

The counter-revolution in Laval du Tarn

After the Revolution of 1789, the dismissal of the king and numerous anti-religious measures, a very strong discontent rumbled in the north of the Lozère and the inhabitants started a "counter-revolution", led by the emblematic figure of the former deputy of the third estate Marc Antoine Charrier, originally from Nasbinals. The latter succeeded in seizing a large part of Lozère in 1793, and while he was victorious in Mende and Chanac, troops from the villages of Malene and Laval were organising. Jean-Joseph Monestier, mayor of Laval, decides to join the troops of Charrier still present in Mende. Along the way, he meets a troop of patriots from Ardèche, whom they first believed to be Charrier and his troops. 52 men were thus taken prisoner that day. 51 of the 52 prisoners were sentenced to death and executed on June 11 in Florac. Charrier was captured and executed the following month.

The Castel district means "castle" in Occitan. It is so named because it is here where the village’s Castel was, probably in connection with the Grandlac and La Caze castles. It has been altered over the centuries and divided into several dwellings. Some still carry inside the stigmata of this past, but it is now difficult to imagine it by observing them. The parish of Laval du Tarn has known five Castels during its history. Two have been preserved: the La Caze and the Grandlac castles, one having been converted into a luxury hotel, the other into private property not open to visitors. The others were located in Rauzas and Perrière. Less majestic, their architecture rather evokes that of manors. These buildings are privately owned properties, so it is customary to respect their tranquility. 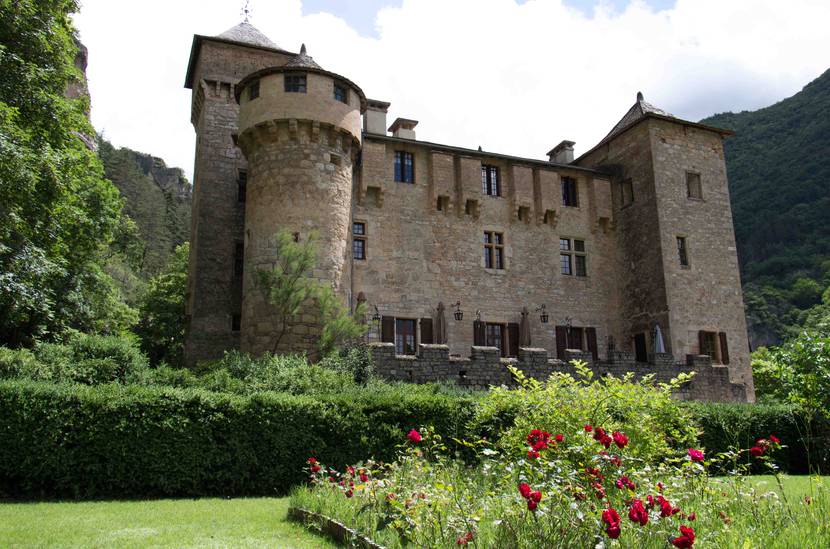