Discover one of the most powerful Gévaudan's baronies !

Located in the Lot Valley on the edge of the Causse de Sauveterre, the small village of Canilhac, which now it's called  Banassac-Canilhac after having recently combined with the town near Banassac, was the seat for many centuries of one of the eight baronies of Gévaudan: that of the lords of Canilhac, one of the most powerful in the region. Extending from Rouergue, current Aveyron, to Gévaudan where they owned several castles, she reigned over a very vast and contrasted territory. She knew many adventures over the centuries. The castle that you can see today in Canilhac was already ruins in the 17th century. However, he was able to benefit from a recent restoration which helped stabilize his condition. Come and discover the history of this barony and walk in the footsteps of this famous Gévaudan family. 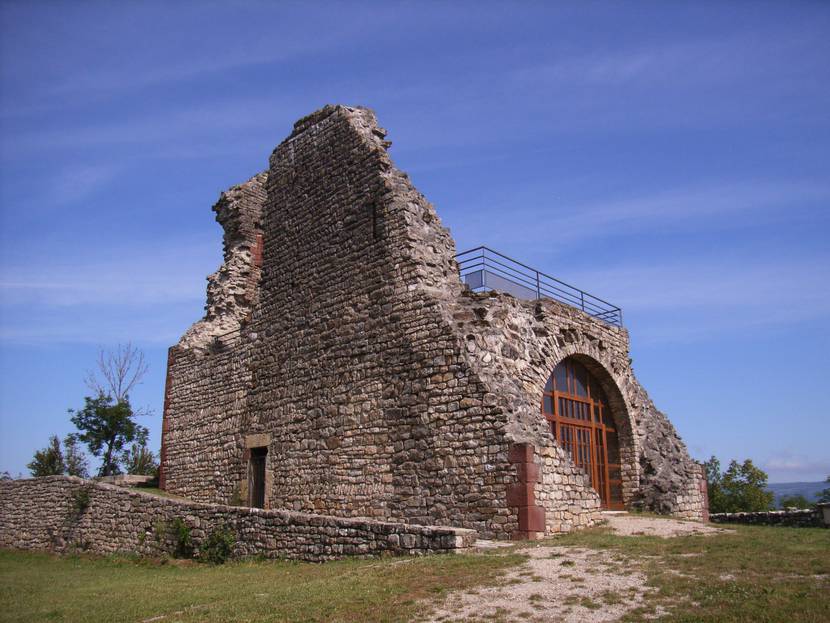 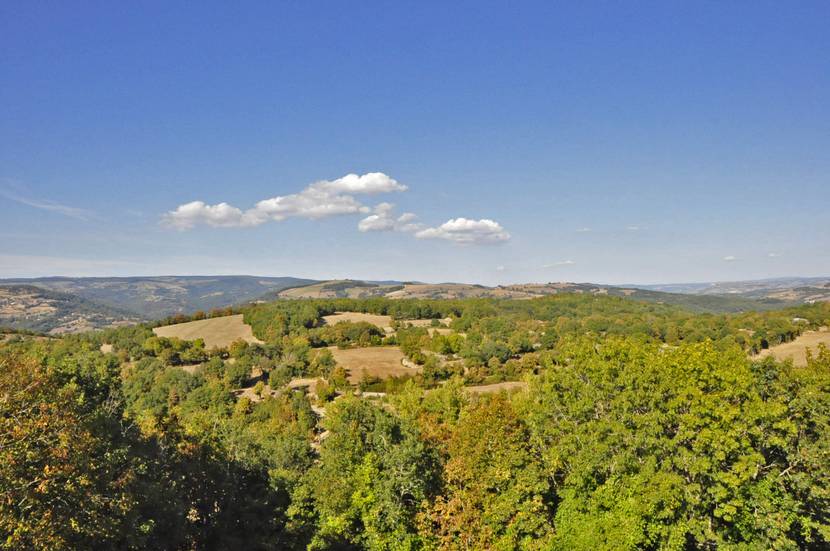 Architecture of the castle

The ruins that you can visit are those of a castle probably dating from the 12th century, which was the stronghold of the barony of Canilhac. We can still observe a courtine ( wall connecting two towers )  where the diversity of the stones and the various devices, in particular fish bones, indicate that the walls, which seem older, have been repaired multiple times. A low vaulted room has been fitted out to accommodate a room in the town hall, now transferred to that of Banassac. The presence of a fireplace upstairs indicates that this level was probably reserved for the lord. The rest of the castle is unfortunately too ruined to recognize the original parts and their functions.

History of the barony

From the 8th century the Lord of Canilhac was the "dominus" of the whole country of Gévaudan: he maintained peace, guaranteed justice and assured the defense of the territory over which he had authority. Between 1050 and 1097, Albert de Canilhac pledged allegiance to Vicompte Béranger de Millau and du Gévaudan. He then swore an oath to hold the castles of Canilhac, Saint-Laurent d'Olt and Saint-Aman, Brametourte and Les Hermaux. Here we have an idea of ​​the very broad domain of the family. In the 12th century Louis VII the Younger granted by Golden Bubble the legitimate temporal sovereignty of Gévaudan, Bishop Alderbert III, the Canilhacs then found himself under his authority. In the XVII th century the family declined. Gangs of bandits, some of whom are henchmen of the Lord of Canilhac, are accused of having carried out a large number of lootings, particularly in the Saint-Germain du Teil and Montjézieu sectors. From 1665, an emergency tribunal was set up, "The great days of Auvergne", in order to bring the Gévaudan nobles to step. Five family members will be condemned following the trials, only one will finally be executed, the viscount of Lamothe-Canilhac, in October 1666 at Clermont. In November and December of the same year, some Gévaudan personalities were condemned again, including the Sieurs de Beauforts father and son, Marquis de Canilhac. At the same time, private internal wars took place in Gévaudan. The Canilhac family has lost his splendor and its power. She sold her domain to the Marquis de Morangiès in 1748, who transferred the headquarters of the barony to her castle of Saint-Alban, in Margeride. 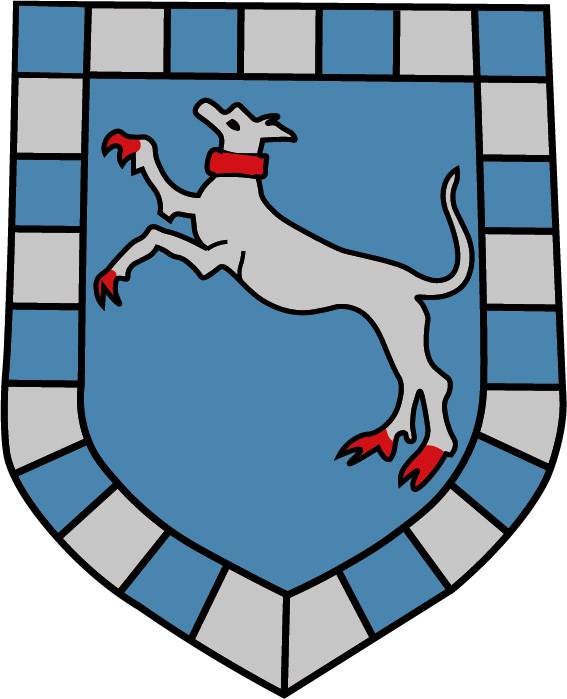 Where does the name "Canilhac" come from?

According to the legend, the name of "Canilhac" comes from the two greyhounds of Queen Ermangarde. Young woman who's not having a great beauty, she was however renowned for her generosity and her kindness without equal. She had married Geoffroy de Montaigut.He was brutal, cruel and stingy man, he had married her only to squander her fortune. One day he went on an adventure while his wife, protected by his two faithful greyhounds, guarded the castle and made their property prosper. On his return, a few years later, her greedy husband, wanting to take all the fortune, broke into his dagger wife's room. This one fell from fear and believing himself henceforth widowed, Geoffroy transported her body to the basement of the castle. Germain, a devoted servant, found her the same night thanks to the flair of these two greyhounds. The lady took revenge the next day by entering the evening accompanied by these two dogs in the apartments of her husband. They rushed over and killed him before he had time to react. The mutilated body was left to the vultures on the castle terrace. As of this day Ermangarde decided to leave the name of her late husband for that of Canilhac, "the bound dogs". His coat of arms is also a greyhound, like that of La Canourgue where the family owned a castle under his command.