Discover the Montferrand's castle with its sumptuous past.

On a rocky outcrop, at the narrowest point of the Lot Valley, the castle of Montferrand still proudly erects his ruins. The castle is known at the end of the 11th century. Located strategically on the borders of Rouergue and Gévaudan, it will soon be the fief of the King Aragon, the Bishop of Mende, the King of France: in other words, the 3 powers competing to dominate this area of ​​Occitania. It became one of the most important strongholds of the territory in the 13th century. We know that in 1308 Guillaume de Grimoard, Lord of Grizac married Amphélise de Sabran, Lady of Montferrand, who gave birth to Guillaume de Grimoard, future Pope Urban V . In 1721 at the time of the Great Plague, the castle sheltered the troops of the King because Montferrand is well placed between Corréjac (first village of Gévaudan hit by the plague) and La Canourgue. Today only a few ruins remain of the majestic castle of yesteryear. Despite everything, the site which overlooks the river and the hamlet still radiates its superb, and its old stones seem to tell us about the time when the lords, knights and even the future pope succeeded each other within its walls.

[Site located on private property, the surroundings of the ruins are not secure.] 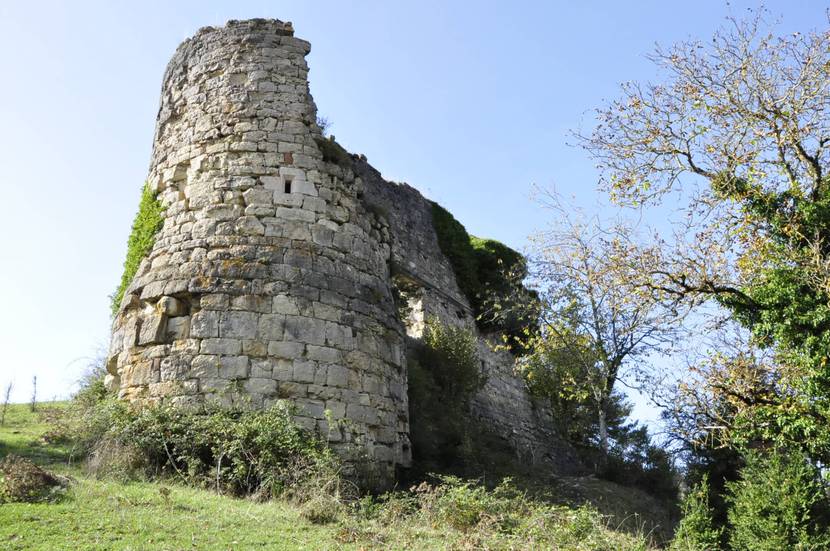