Discover the castle of Montjézieu, a castle that dominates the Lot from its rocky spur.

Montjézieu castle has experienced many twists and turns during his long life. It is unfortunately difficult to know his history precisely because most of the archives concerning it were lost during the Second World War. The existence of a castle on this site then belonging to the King of Aragon is attested from the 12th century. In the 13th century it belonged to the bishop of Mende. We know that it was then the possession from the first half of the 16th century of the family of Jurquet de la Salle, counts of Combret and Baron de Montjézieu, who also owned the Château de la Salle 2 kilometers north of Montjézieu, that you can still go admire.

The legend tells that the castle of Montjézieu would join by underground the castle of Montferrand, located a few kilometers from there on the other bank of the Lot. It was twice occupied by Protestants during the Wars of Religion, in 1577 and in 1587. It was then during the XVII th century a landmark of brigands. Gévaudan was emerging from a succession of wars that had lasted for over a hundred years. Bands of brigands took advantage of this context to roam the countryside and loot their inhabitants. There are two famous bands of looters at that time, one occupying the Tower of Saint-Germain du Teil which has disappeared today, the other the castle of Montjézieu. These bands are under the command of gentlemen of the region, as will be revealed by several trials convicting men of the Lord of Canilhac as well as Jean Jurquet, some of whose family members themselves will be accused. Once rid of the problem after many years of prosecution, battles and trials, the fortifications of the castle and the village were destroyed in 1655 in order to prevent this from happening again. These had been built in the middle of the XIV under the threat of the English during the Hundred Years War. The castle is today a private place of residence. 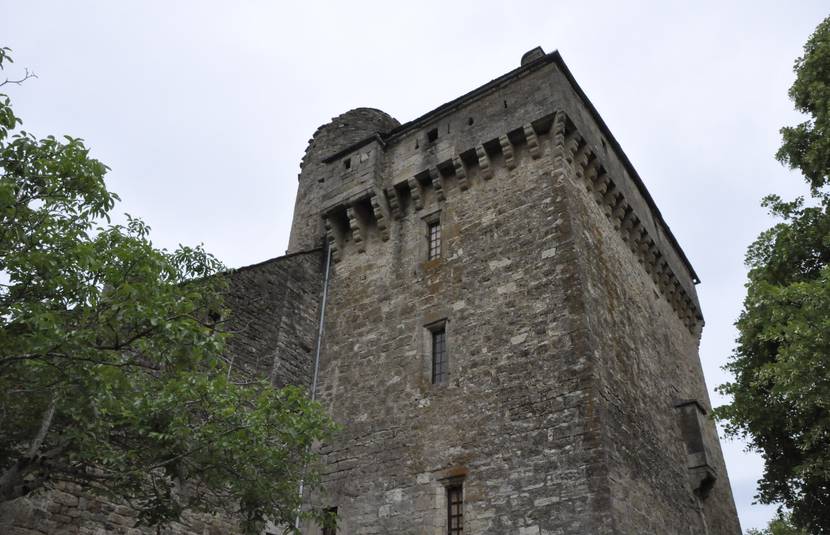 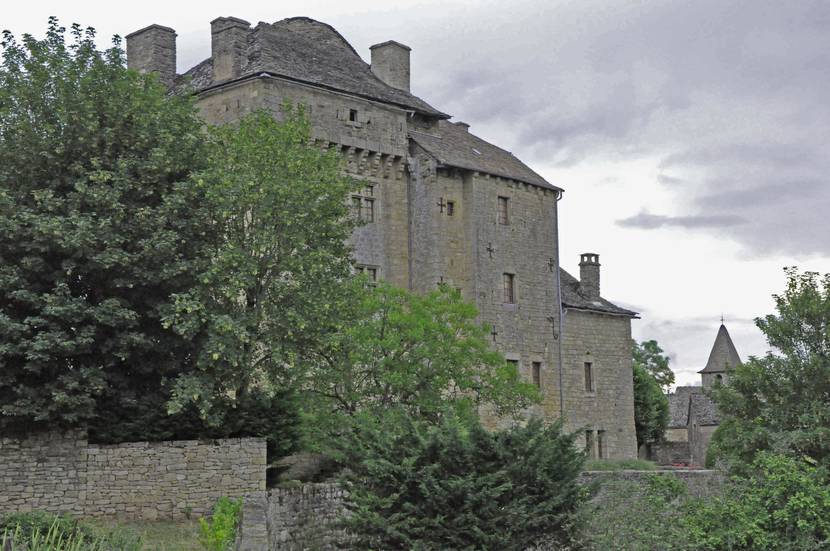 The Montjézieu castle is a composite building built and restored over several periods. You can notice an imposing rectangular dungeon in limestone rubble on three floors with machicolations, corbelled structure provided with openings allowing to defend the building in particular with the help of shooting arrows; as well as archers or loopholes visible at the top of the building. This keep was restored in 1726 by Jean-George Jurquet who took the opportunity to build an adjoining main building. Restorations will also be undertaken from 1965 to 1968. The facades and the roof of the keep and the two main buildings as well as the staircase of the courtyard adjoining the East of the Keep and the terrace have been classified as Historic Monuments since 1971.