Just a stone's throw from the banks of the Lot, in the commune of Banassac.

First mentioned as a "villa" or large rural estate at the very beginning of the 11th century, the Château des Salelles was not cited as such until 1524, as the property of Antoine Bompars. The house was probably enlarged at the end of the 17th century or at the beginning of the 18th century

. The castle suffered from the wars of religion: in 1585, the Huguenots occupied it while the Catholics tried to take it back. In 1642, Jean de Jurquet owned it. At the end of the 18th century, the château became the property of the Isarn de Freissinet Valady family, who also owned the Château de Saint-Saturnin. Louis Philippe of Isarn de Freissinet, knight of the account of Valady then married Jeanne Brigitte de Jurquet de Montjézieu, daughter of the Viscount of Grèzes, Lords of Salelles and La Canourgue. In 1792, the Isarn family of Freissinet sold the castle to Jean-Joseph Boudon from La Roquette. In 1808, Louise Boudon from la Roquette united with Pierre Barthélémy Joseph de Nogaret. The family of Nogaret will separate a few years later from the castle by selling it to nuns, while the land will be sold to the Valentin family.

Today, the remarkably restored Château de Salelles is a hotel restaurant which also welcomes pilgrims from Saint-Guilhem who came down from Aubrac and on their way to Causse de Sauveterre. It is listed as a Historic Monument. 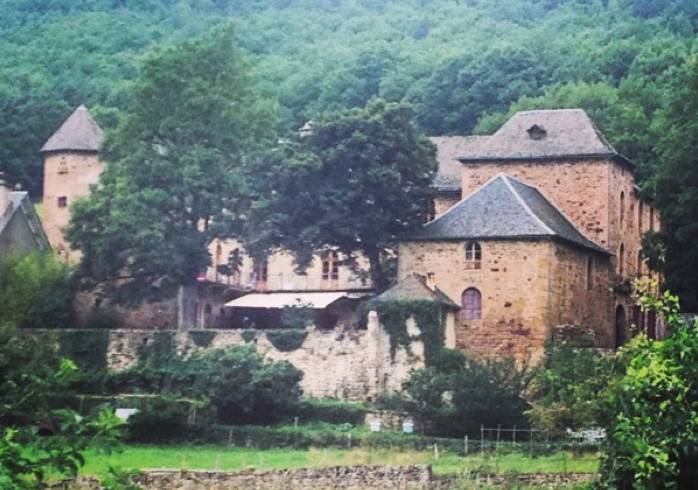