In the footsteps of a mysterious time...

The village of Banassac in the Merovingian period

During the Merovingian period, the town of Banassac hosted particularly active monetary workshops. From this time, we have coins collected and exhibited all over the world. It is also possible, at the bend of a path, to come across strange shapes dug out of the rock: these are Merovingian tombs, called oral tombs by Jewish tradition.

The Merovingian dynasty reigned over a large part of France, Belgium as well as Switzerland and Germany, from the 5th century to the 8th century. Coming from a line of Frankish aristocrats of the Salien tribe, established in the 5th century in the regions of Cambrai and Tournai in Belgium, it takes its name from Mérovée, father of Childéric Ier, himself father of King Clovis. The Merovingian dynasty is known for its close ties to Christianity, notably by the famous baptism of Clovis in 498, but also for its participation in the progressive establishment of the Church on their territory. This era was also marked by an economic recovery which occurred after the collapse of the Roman Empire. The dynasty died out in the 8th century to make way for that of the Carolingians.

Banassac and the making of money

After having been the center of extremely active and renowned pottery workshops, Banassac became in the Merovingian period a very important center for monetary workshops. Two famous numismatists behind a work that has become a classic, "The Merovingian Coins of Banassac", identified at the end of the 19th century the coins found in Gévaudan. They classified them into 143 types, divided into 6 groups. The Banassac workshops are characterized by the motif of the Gévaudanais Calice which appears in all the groups, except the 1st.

One tenth of the pieces found and preserved from this period come from Banassac! The town's most famous "monetary" was named Elafius, who later ran the workshops in the town of Soissons, capital of the Frankish kingdom, during the reign of King Dagobert.

On a piece of group four, dated 631, appears the inscription "SCI MARTINI", which proves that a church of Saint-Martin, probably in La Canourgue, was already built at this time. In the seventh century, after a shortage of gold, Banassac produced silver coins (group 6 coins). The Banassacois workshops minted currency until the end of the 8th century. 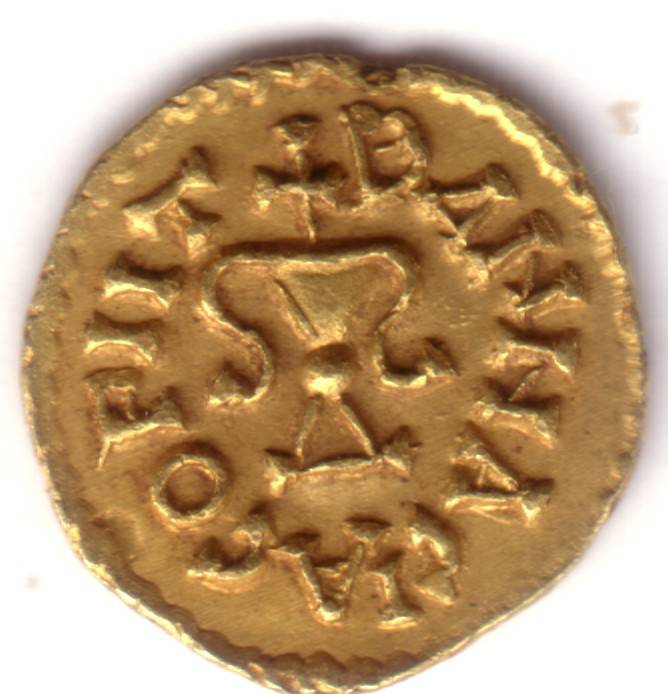 From this period also remain tombs traditionally called "Jewish tombs". This name which would come from the fact that people of Jewish faith would have settled in the surroundings at that time. They are found in particular at the Tieule near Auxillac and at the Malbousquet, near the Booz lake.

The tombs of Malbousquet, a stone's throw from Banassac, were studied and excavated in 1964. The size of the burials varies from 1.70m to 2.07m for a depth of about 45cm. They are dug directly into the rock. Although the work on the A75 has destroyed half of it, some can still be seen. In the excavation area, some bones have been uncovered, they seem to come from a child's skeleton. The ceramic fragments collected around the graves are similar to those discovered in the necropolises of Marquayrès and Soulages, on the Causse de Sauveterre, which are also from the Merovingian period. A barn was nearby in the 1960s, there were found ceramic fragments and human bones: it was probably the site of informal excavations.

The tombs of Malbousquet are more numerous and better preserved. They are dug in the rock, which is a slightly inclined gray sandstone bench, placed on a "Very Menasse" plate. The inhabitants destroyed several for their constructions, but we still see thirty of which 23 are well preserved. These tombs are, for the most part, two by two, and those who are thus joined together are separated by a small channel, also dug in the rock, apparently intended for the drainage of rainwater. This meeting of two tombs placed side by side, perhaps indicates the burial of the man and that of the woman. They all gradually decrease, from head to toe, those that we think belonged to men are a little larger and dug at right angles, while those of women, smaller, are rounded and form a semicircle in the middle of the upper part to receive the head. Their direction varies: most are placed, the face turned to the east ... they offer no inscriptions, no vines or figures engraved or sculpted. [...] ". 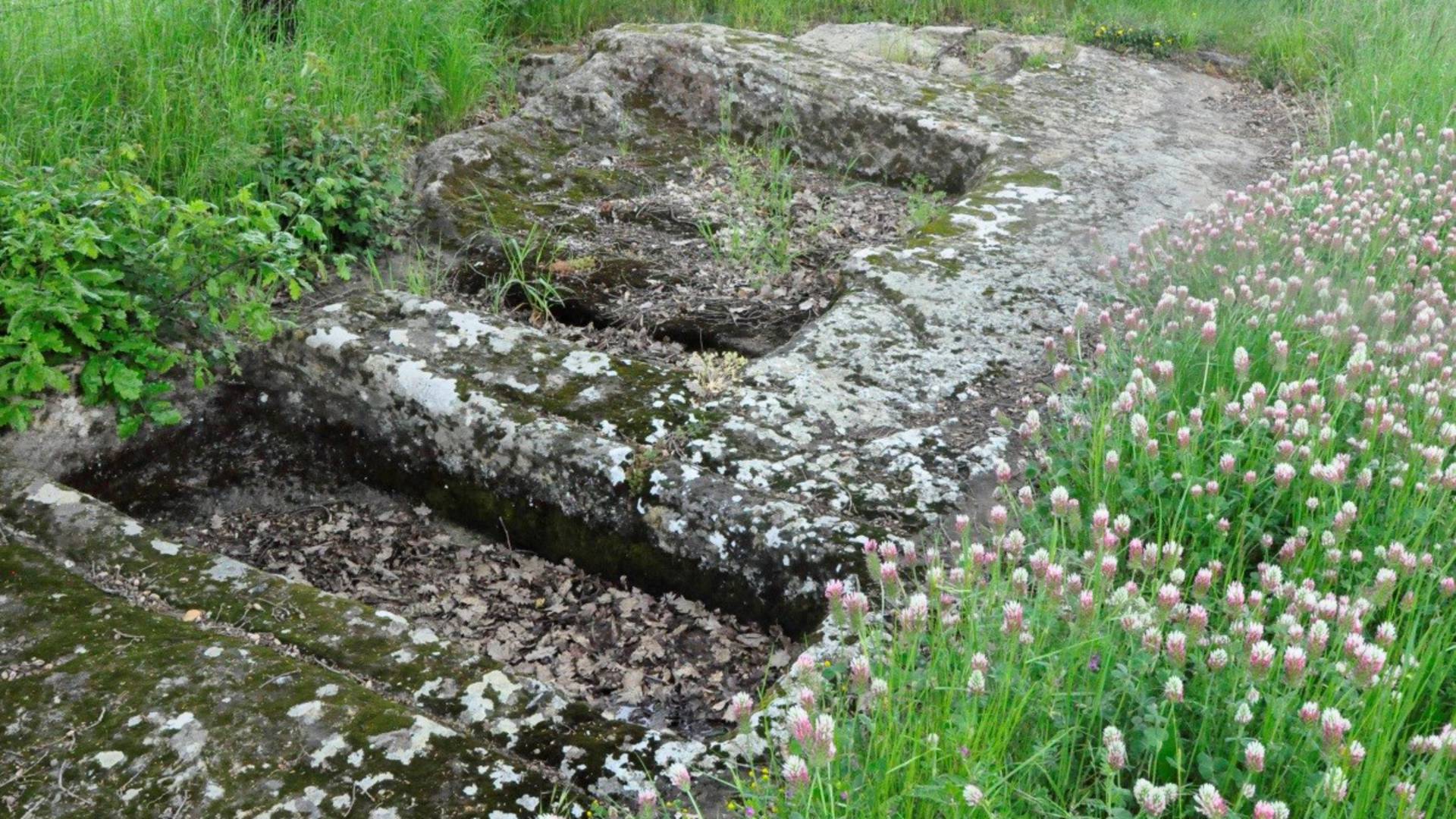 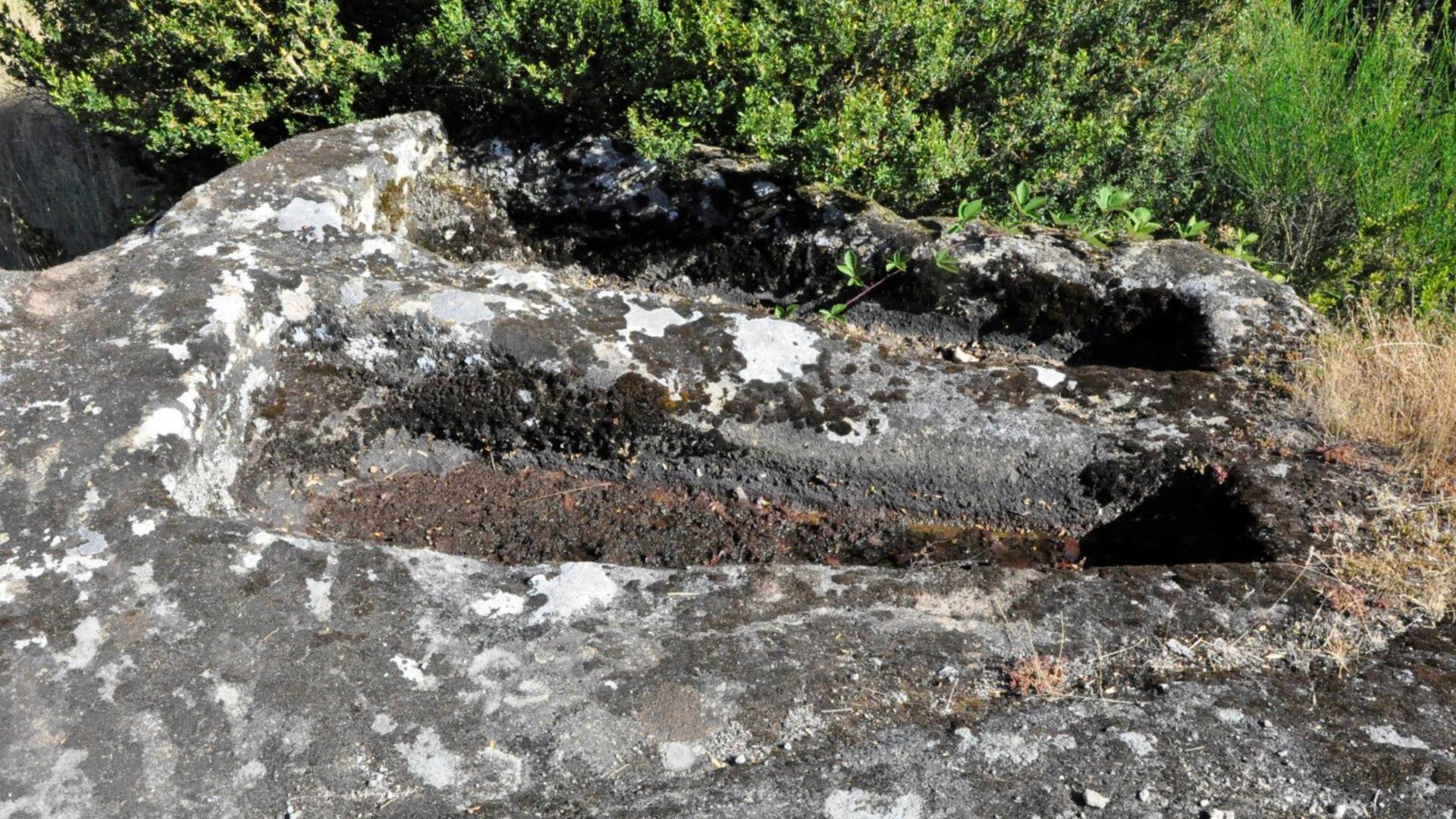