Discover the village of Banassac-Canilhac

Banassac is a village bordering La Canourgue. Major centre of influence of the Gabale country in the Gallo-Roman era, it will even become the second most important city of Lozère behind Javols, during the first three centuries of our era. Its prosperity is linked to its ceramics and sigillated potteries’ workshops. It becomes later on an important centre for the production of Merovingian money. History made its influence to be overshadowed as of the 7th century onwards by the growing village of La Canourgue and its monastery; however the village remains until today. Bearing nowadays the name of "Banassac-Canilhac" since it was recently merged with the neighbouring village of Canilhac, the village is still alive and kicking thanks to its inhabitants, schools, associations and businesses. It has also preserved the traces of its past and harbours heritage treasures of all ages.

Located in the Lot river Valley on the edge of the Causse de Sauveterre highland, the small village of Canilhac, now bearing the name of Banassac-Canilhac after having recently merged with the nearby town Banassac, was the main place for many centuries of one of the eight baronies of the Gévaudan county: the Lords of Canilhac, one of the most powerful in the region. Extending from Rouergue, (current Aveyron) to Gévaudan where they owned several castles, they reigned over a very vast and contrasted territory. The village lived many adventures over the centuries. The castle that we can see today in Canilhac was already in ruins as of the 17th century. However, it was able to benefit from recent restoration works which helped stabilize its condition. Come and discover the history of this barony and walk in the footsteps of this famous Gévaudan family.

No need to wonder, when we admire the scenic view offered near the castle, why the lords had chosen to make this place the capital of their barony. A vast territory indeed extends before our eyes. Nestled at the foot of the Causse de Sauveterre highland, the castle overlooks the Lot river Valley which flows until the Rouergue’s gates where the Canilhacs owned the Castle of Saint-Laurent d'Olt. In the distance you can see the Aubrac foothills, where they also had authority over some lands. As such, from its ideally located headland, the Canilhac family could reign over its great barony. 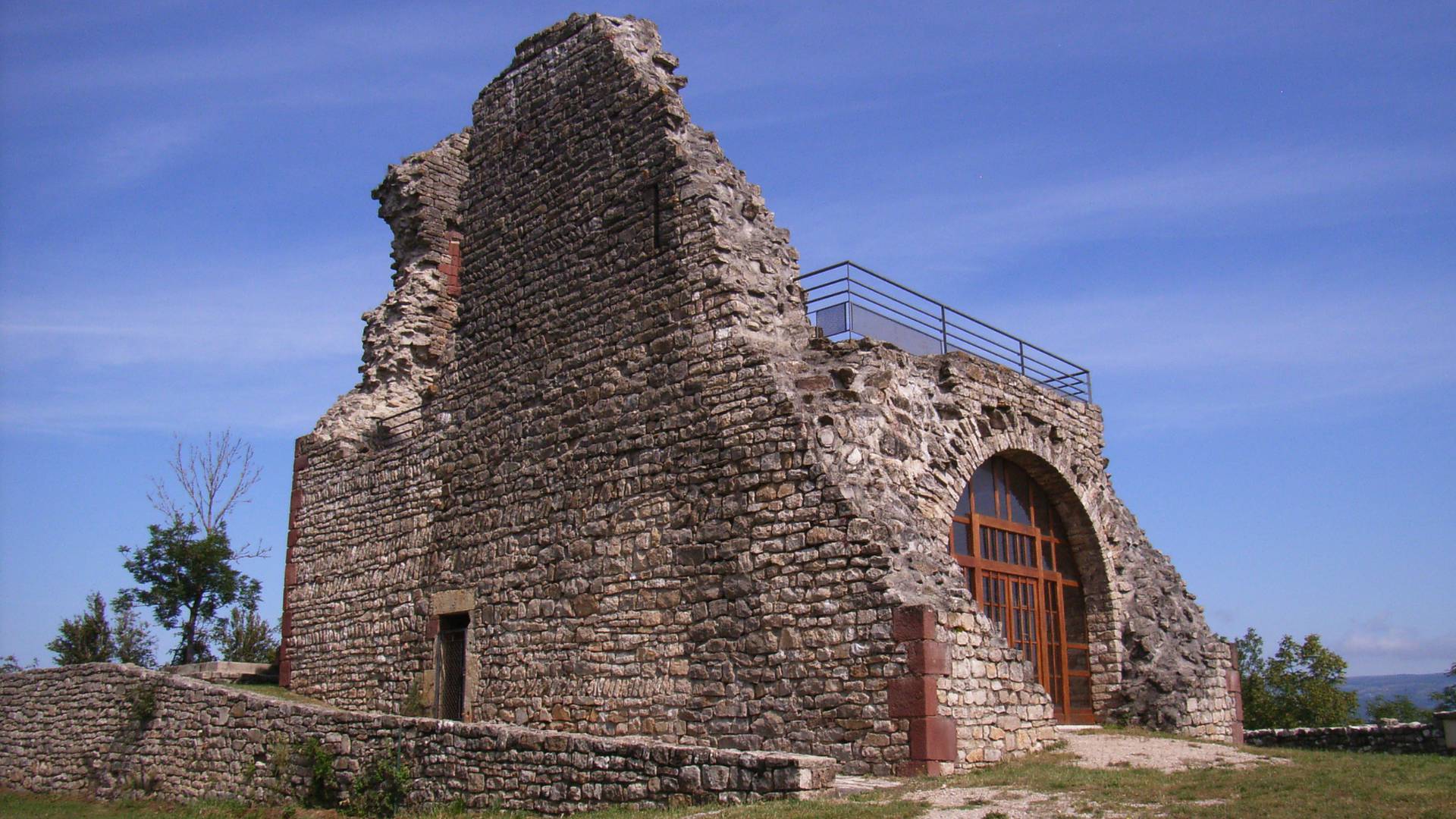