Discover the hamlet, an ancient episcopal fortress of the Middle Ages that has been exceptionally preserved!

An emblematic hamlet of Chanac, Le Villard is an old fortified site on the banks of the Lot river, where you can enjoy an exceptional panorama over the Lot valley. In addition, a relaxation and picnic area has been set up by the river for a moment with family or friends.

Take a moment to discover Le Villard Vieux, the first hilltop village and Le Villard Jeune, the second village. This former episcopal site was once part of the Priory of Chanac, governed by the bishop of Mende. A cultural heritage rich of history and emotions. 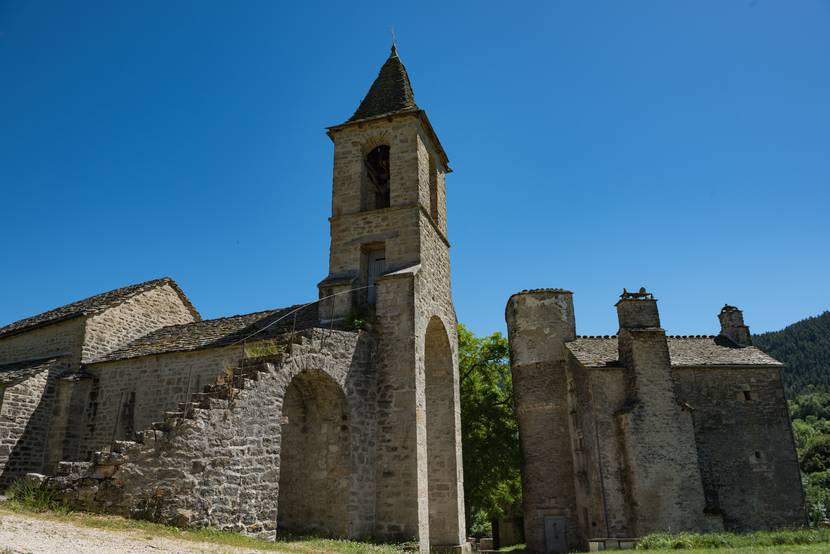 A bit of History

In the Middle Ages, Le Villard was part of the mandate of Chanac’s Castle, an episcopal possession of which only the famous dungeon remains today. Le Villard jeune saw the day in the 13th century, with the foundation of the Villard’s castle. At that time, the hamlet was a fortified outpost which served to defend the western flank of the episcopal domain and thus to protect itself from the forces of the Capetian kings sitting at La Canourgue, Chirac and Marvejols. Damaged during the religion wars, Le Villard was then abandoned in favour of Chanac The hamlet gradually declined until it was completely abandoned in the 18th century. In the 1980s, the ramparts, its church, its fortified gate and some of the houses were restored with the assistance of the State, and local authorities including the town of Chanac, through a vocational training building site. The renovated complex is a typical example of an Episcopal fortress from the Middle Ages. It is permanently accessible and can be visited freely.