The "groundhog city" in the heart of the Lot river Valley

In the heart of the Lot river Valley, the city benefits from a privileged location between two natural regions: the Grands Causses highlands to the south and the Aubrac mountains to the north. The city offers a rich heritage, and has preserved the memory of its prestigious past, linked to drapery and strawberry farming. In the Age of Enlightenment, the city welcomed philosophers, thinkers, writers ... Saint Geniez d'Olt maintains this cultural vocation throughout the year by offering numerous events such as concerts, shows, festivals and markets. The city is also an essential base for outdoor activities: climbing, fishing, horse riding, walking, all-terrain scooter, canoeing, tree climbing, mountain biking...

The city has preserved traces of its history and you can discover an exceptional heritage: private mansions, a parish church classified as Historic Monument, which was originally the chapel of Saint Geniez d'Olt’s castle, a powerful fortress controlling the passage of the Lot river and around which the city developed. You can also discover the Augustinian Monastery and Cloister classified as Historic Monument.

It is also said that Marie Savry was a poor orphan from Saint Geniez d'Olt who decided to go and try her luck in Montpellier. She used a formidable weapon, her beauty, to seduce and then marry a rich engineer Paulin Talabot from the company PLM. Upon her return, she was greeted by jibes and decided that after her death she would dominate the village that humiliated her. She therefore built her monument on the highest point of the village: The "Talabot". Whether the story is true or false, climbing the monument allows you to admire a unique view of the city, the Lot river and its “Marmot” bridge. 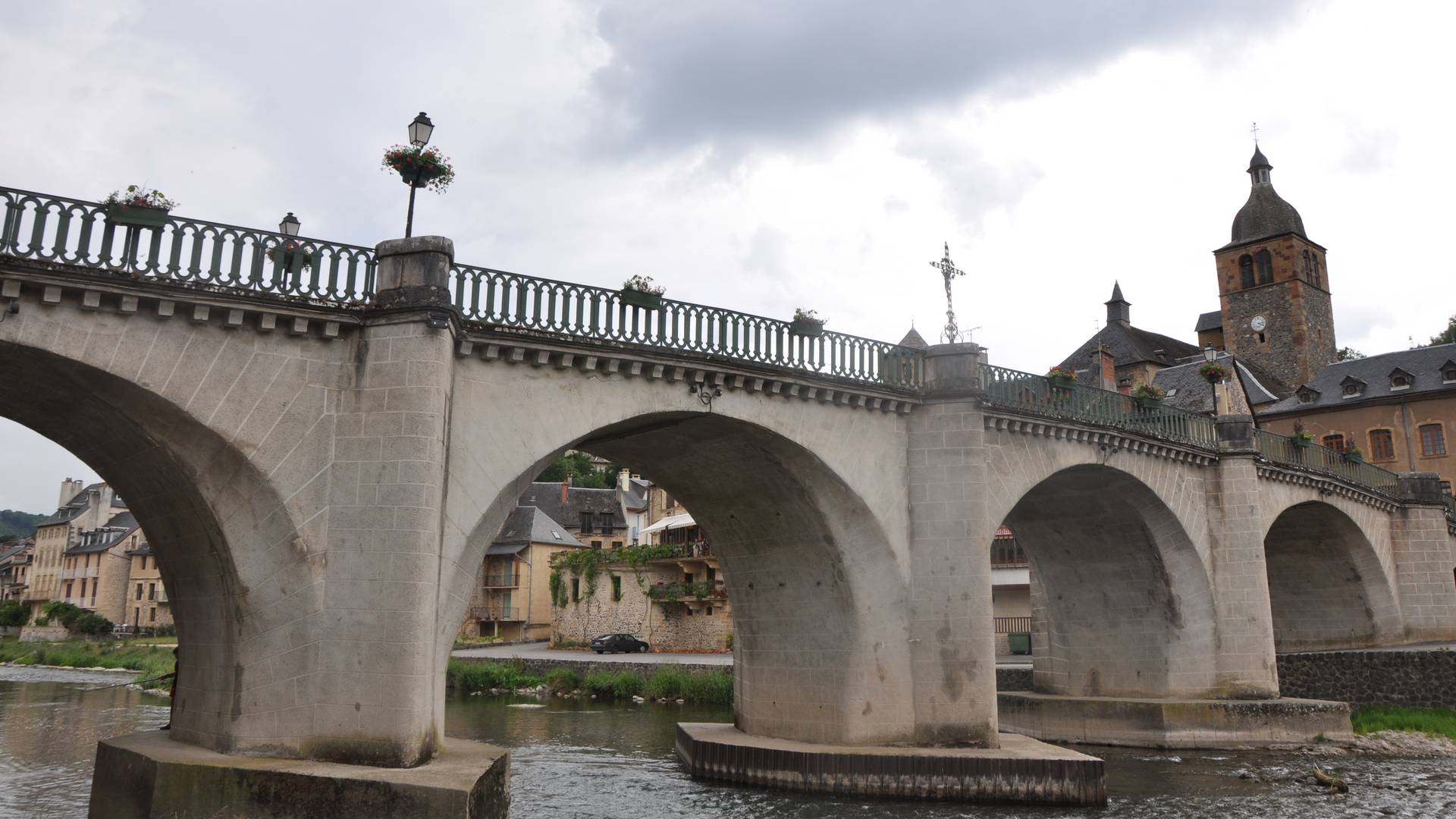 It is said that "in Saint Geniez d'Olt, at the end of the 15th century, lived a sinner whose children had caught a groundhog. On a stormy afternoon, the little animal ran away frightened. The two children went in search of it, when a violent storm broke out, drowning the valley in a real deluge. When they returned, several houses, including theirs, had been swept away. Their lives had been spared thanks to the flight of the groundhog. They were called the "Marmots" (groundhogs). This name was later given to all the inhabitants of Saint Geniez d'Olt. A statue telling the story of the Marmots can be found on the old bridge in the heart of the city.