The small village with its majestic castle is nestled at the foot of the cliffs of the Causse de Sauveterre highland.Discover the village of Saint-Sat

Discover the village of Saint-Saturnin-de-Tartaronne

No one fails to be struck by the sight of Saint-Saturnin de Tartaronne’s castle, nestled at the bottom of a fertile valley crossed by a stream bearing the same name. Overlooked by an impressive rocky headland, its sight is filled with wonder and mysterious legends still running between its stones. You can also observe the so-called small heritage of the village, certainly more modest, but still witness to the life of the Saint-Saturnians. 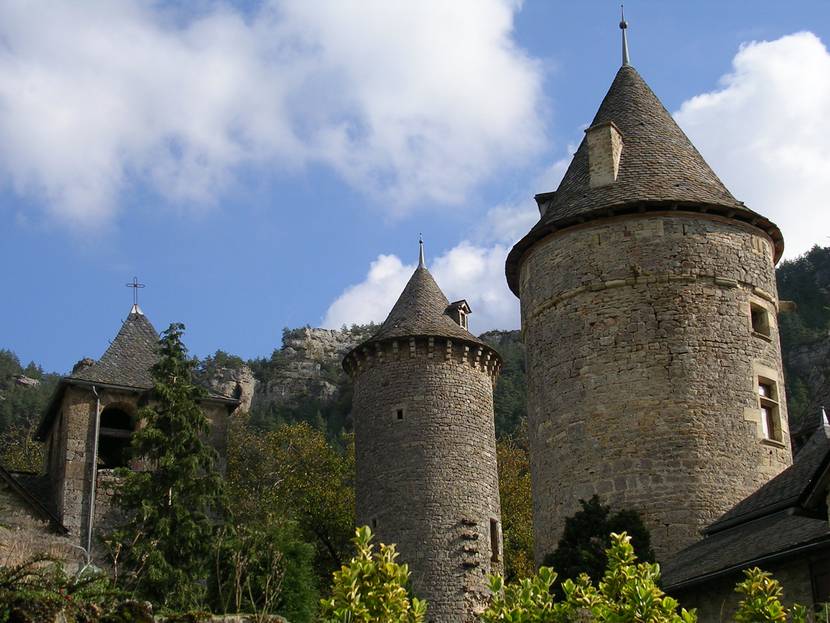 The first inhabitants of the Grands Causses highlands were hunters-gatherers from the Palaeolithic 300,000 years ago. About 3,000 years BC, they descend from the heights and begin to live off farming. During the first 3 centuries AD, Saint-Saturnin was probably one of the suppliers of raw materials for Banassac, which at the time was one of the most important pottery production centres in France. The village was then in the Middle Ages one of the main places of passage between the village of Séverac-le-château, in Rouergue, and that of Banassac, in Gévaudan. The now disappeared castle of Roquaizou, located a few kilometres away, was in charge of monitoring the medieval road connecting them. It was subsequently replaced, between the 12th and 14th centuries, by that of Saint-Saturnin. Unused since the 19th century and abandoned, this castle has benefited from a restoration campaign, still in progress, which has already enabled it to regain its fiercy look.