Of the castle of Castelbouc, which dominates the eponymous village, only ruins remain. It is already mentioned in the 12th century. At the end of the 16th century, the castle was dismantled by order of the States of Gévaudan, to prevent it from falling into the hands of Protestants or looters.

In the 13th century, Raymond de Castelbouc, lord of the castle, refused to go on a crusade. His story is at the origin of the legend that gave the castle its name. This one tells that during the first crusade, while all the lords and men of the region left for the Holy Land, the lord, who was not inclined to fight, chose to stay in the castle. The lord gained the favour of the local women, who were desperate to wait for the men to leave for the crusade. He did everything in his power to satisfy the desires of his ladies, so much so that he died of exhaustion. After his death, a goat, a symbol of virility but also of the devil, appeared above the castle, only to vanish over the horizon. 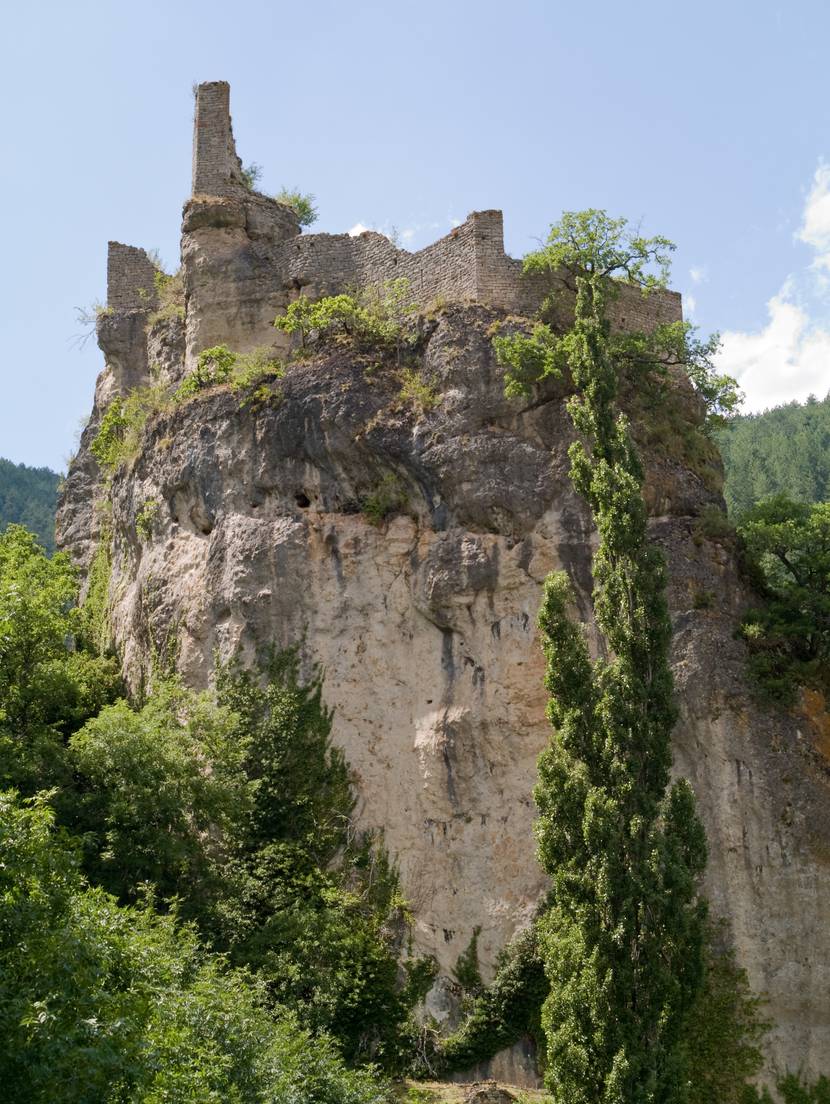