Discover the castle of Peyrelade in the Tarn river Canyon

The Peyrelade castle was one of the most important fortresses in Rouergue in the Middle Ages. From the top of its natural rock-dungeon, it could control the Tarn valley and the entrance to the Tarn river Canyon, its influence extending to the limits of Gévaudan, Languedoc and Sévéragais. Built in the 12th century, it has crossed the ages to testify to the time when the lords reigned over the region. 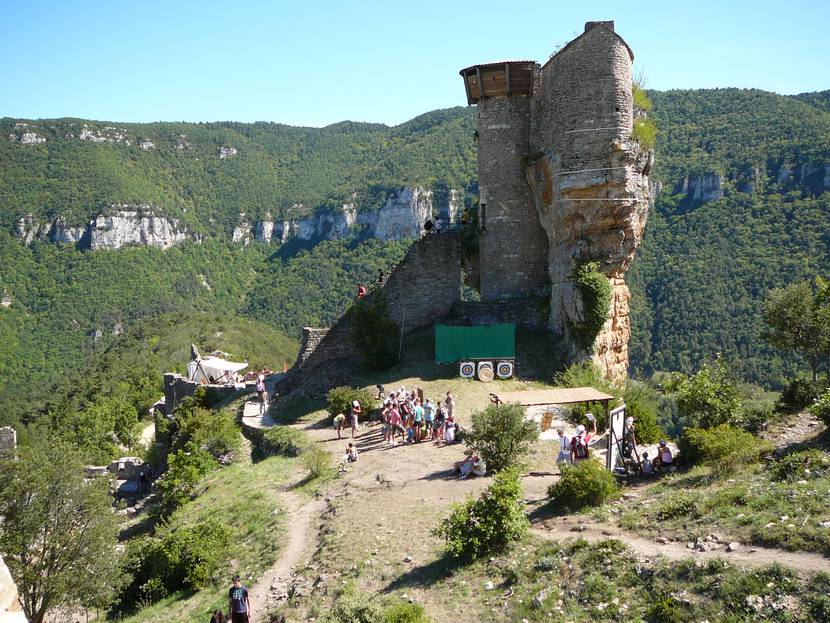 History of the Peyrelade castle’s architecture

Its name comes from "Petra Lata", "Large Stone". The history of the castle is rich in twists and turns. It already existed in the 12th century, when it belonged to the Ahenric. It will then belong successively to different lords until the De Sévérac, the d'Anduze, the Viscounts of Creisseils and the Roquefeuille fight it out. The Rouergue is given to the English following the Treaty of Brétigny in 1360: it is the Hundred Years War, the region then has a major strategic interest since it is the border between the territory of the English and that of the King of France. At that time, the castle was taken by travelers, dislodged by the English before Guy de Sévérac chased them away from the region. In 1385, the castle was set on fire by Bernard d´Armagnac after more than two months of siege. 5 years later, a colony of travelers seized the castle again and sacked the surroundings. Near the Protestant Cévennes, the Tarn river Canyon and the catholic Grands Causses plateau, Peyrelade was located in a sensitive area during the religious wars in the 16th century, and was successively occupied by the two camps. The Calvinists, to take it away from the Catholics, even blew up the door of the tower with a device called "firecracker". It was dismantled in 1633, presumably under the orders of Richelieu, in order to reduce the power of the local lords. It is the town of Rivière-sur-Tarn which owns it today. 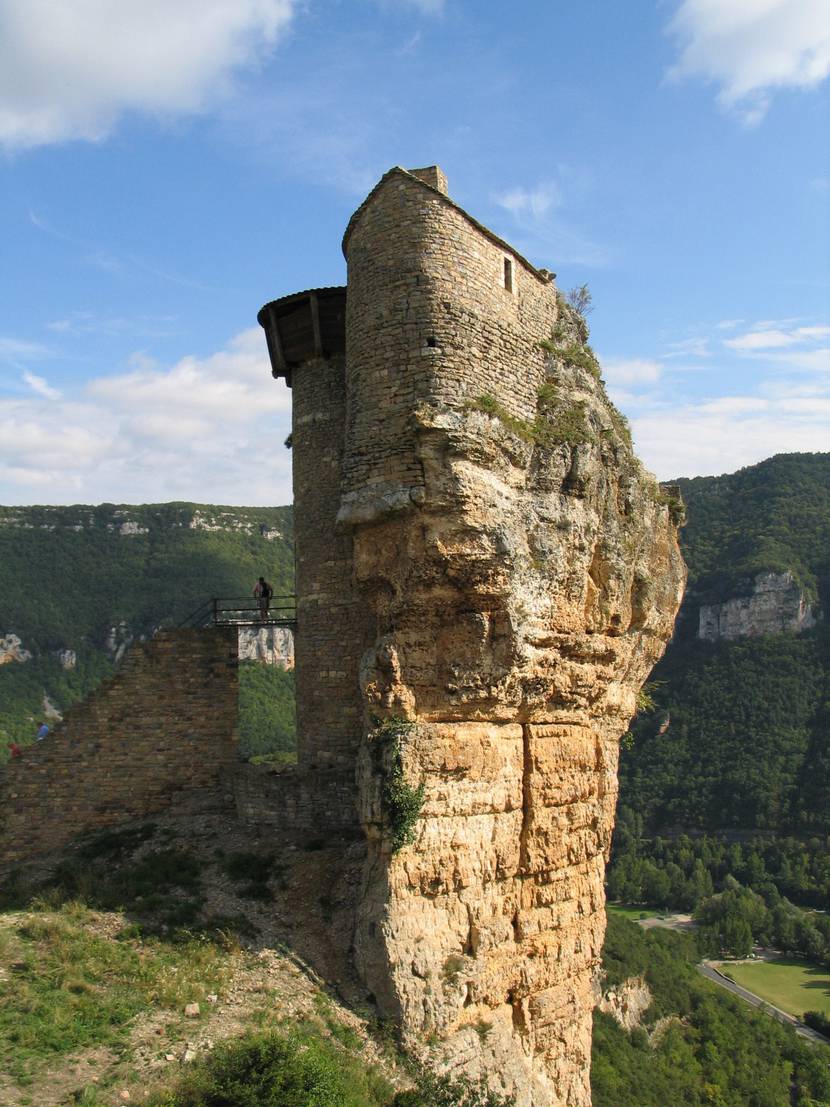 Peyrelade castle on its rocky outcrop 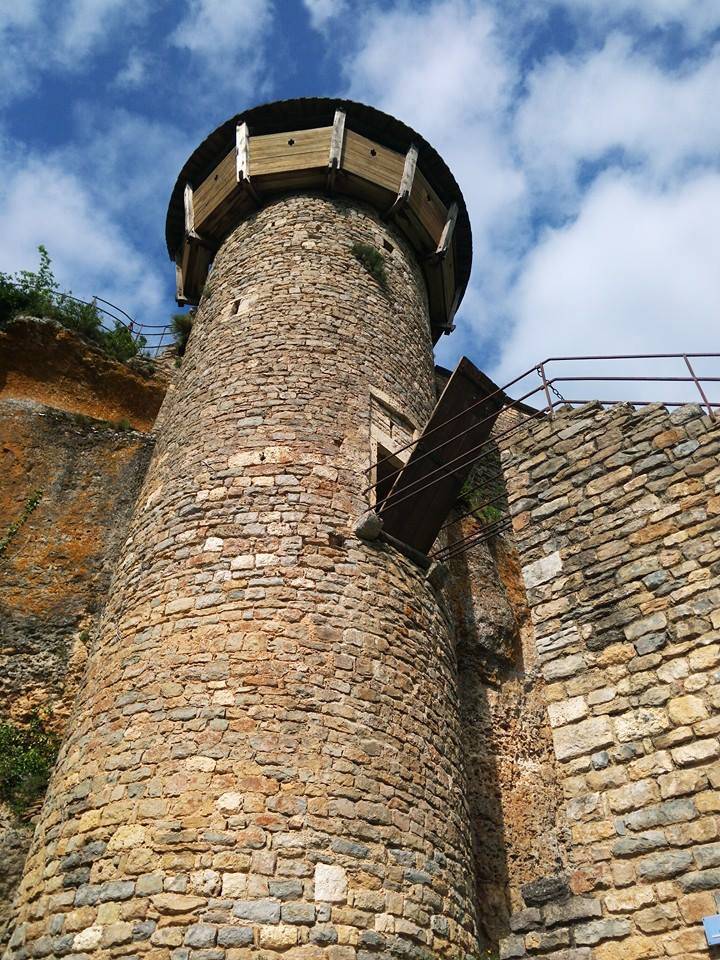 Peyrelade castle on its rocky outcrop

After being neglected for centuries, Peyrelade Castle has come back to life! Excavation and restoration campaigns have been carried out for almost 40 years, while the castle is open to visitors during the summer. It then becomes the site of many medieval festivals.

At the foot of the rock-dungeon, sheltered from the north winds, was the village of serfs and peasants. It was hardly accessible and transport was done on the back of a mule. In the 12th century, 89 houses were inhabited; thereafter the number of inhabitants began to decrease, reaching only 4 families in 1920. The last inhabitant from the town left the village in 1963. In the 1970s, families began to restore dwellings to make it their main residence. Today, two families live here year-round. 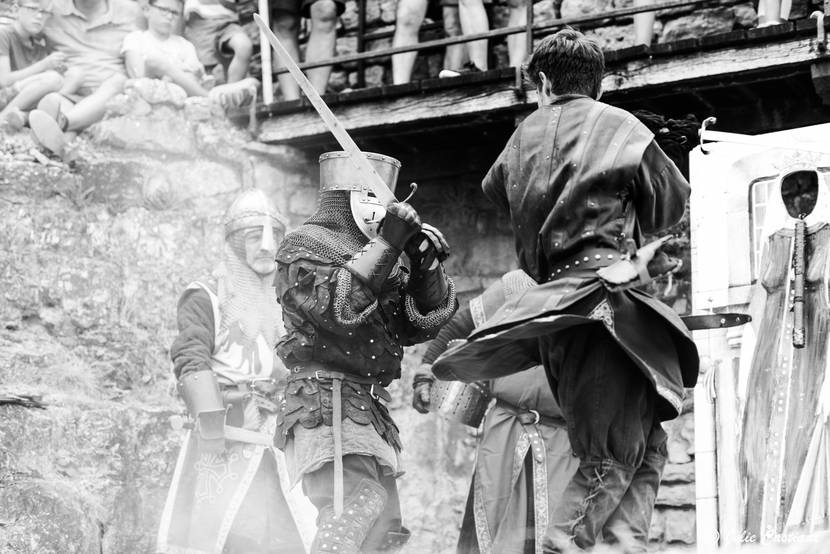 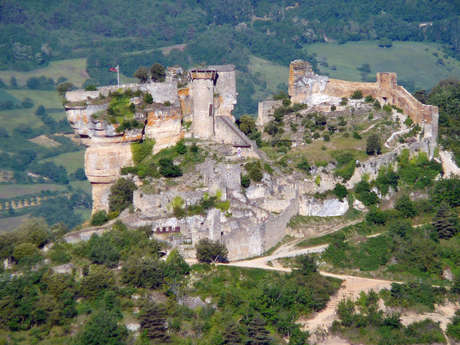 Built between the twelfth and sixteenth century, the Castle of Peyrelade was in the Middle Ages one of the most important fortresses of Rouergue. Its exceptional strategic position in the heart of the Grands Causses and its natural dungeon rock overlooking the Tarn made it a coveted stronghold. Through the scenographic route, the guided tour or the brand new application for smartphones and tablets, discover the eventful history and atypical architecture of this fascinating site. After having crossed the ramparts and crossed the drawbridge, finish by climbing on the astonishing rock-dungeon where you will discover the wooden hoardings, the model and the superb panorama on the valley and the Causses. In summer, medieval animations and children animations are proposed every week: inquire!