Castelbouc, its hamlet and castle

In the Tarn river Canyon, not far from Sainte Enimie is a fairytale-like site: the village of Castelbouc, overlooked by its castle. Clinging to the cliffs of the Causse Méjean plateau, the village was built in the shade of the castle to take advantage of its protection. In the middle of the XXth century, the villagers gradually left Castelbouc to reach the villages on the right bank of the Tarn which benefited from electrification. The last official resident of the village died in 1971 and the village was abandoned. A few decades later, the craze for Castelbouc reappeared, and couples bought the ruins to restore them. The place then gradually returned to life.

The semi-troglodyte village of Castelbouc, with its old houses, its pretty cobbled streets and its picturesque charm welcomes amazed visitors every summer, who also enjoy the small pebble beach to cool off in the Tarn. 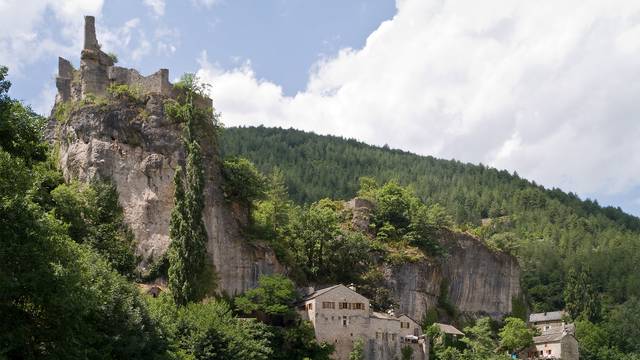