Fishing sites in Lozère, in the Tarn river canyon, on the Aubrac plateau and in the Lot river valley

Where to fish in Lozère?

Country of 1000 sources, La Lozère is a fisherman's paradise. In the Lot river Valley, on the Aubrac plateau as well as in the heart of the Tarn river canyon, each place has a very special charm.

Fishing in the Lot Valley

In Lozère, it is possible to fish all along the Lot bordered by the Valley which bears his name. The surroundings of the villages of Chanac and La Canourgue are privileged places for fishermen, who find fario trout, grayling, barbel ... and other species of fish. You can also practice fishing in the many tributary streams in the Lot. Be careful however to respect the fishing reserves: it is forbidden to fish in the city of La Canourgue for example.

Fishing in the Gorges du Tarn

From its source to the Gorges le Tarn crosses only a few small villages, thus preserving the quality of its waters. The river is reputed here to be one of the purest in Europe. Many species of fish find refuge there. It is advisable during the summer to fish early in the morning or late afternoon, when the number of canoes is decreasing. The river is precocious, it is also good to fish there from spring until mid-June, when the famous Gorges are less frequented by vacationers.

The Aubrac volcanic plateau is the dream place for fishermen: there are a multitude of streams and river with pure waters cutting through the vast pastures and sometimes feeding ponds and lakes teeming with life. The large lakes of several hectares on the Lakes Route are popular with fishermen for their fishing qualities but also for their unique landscapes. Be careful however, some areas can be peaty. 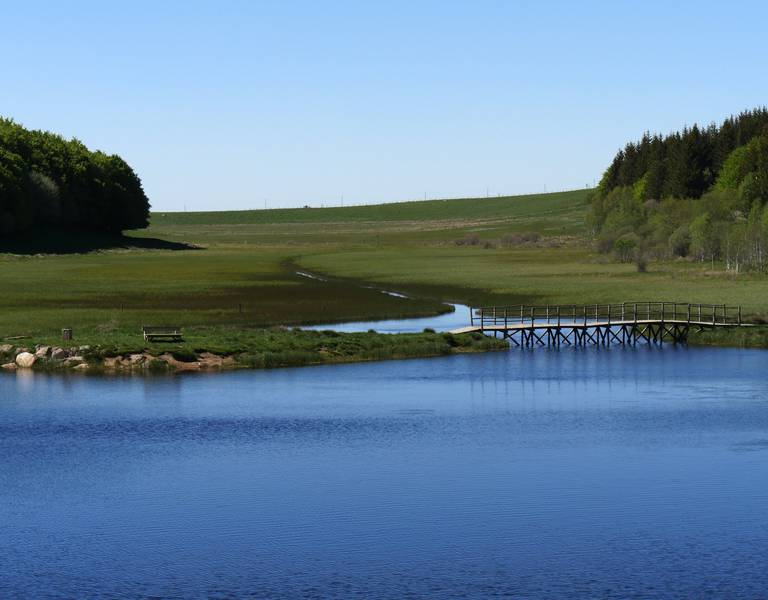 On the Aubrac plateau, at the Col de Bonnecombe, is the Bonnecombe pond. During the summer period, it is possible to fish for rainbow trout. The buron located nearby is then open to the public and it is possible to rent fishing equipment there. Fishing is here oriented leisure rather than sport, it is thus a perfect place for an afternoon with the family. More information on 04 66 42 99 70.