Located at the heart of the Tarn river Canyon, between Sainte Enimie and La Malène, Saint Chély du Tarn is a hamlet nestled at the foot of the Méjean cliffs, on the left bank of the Tarn. It is reached by a small tunnel then by a bridge made up of a single arch, spanning over the Tarn. The village has a magic fairytale look: its overlooks the river with emerald reflections while two waterfalls arise from between the houses and fall near the beach renowned by bathers.

Saint Chély du Tarn is also known for its heritage: it has a Romanesque church and the Chapel of Cénaret, both built in the 12th century. The chapel is at the entrance to a cave which is now a crafts shop. The hamlet is also a privileged stopover for canoers and kayakers who have chosen this route. 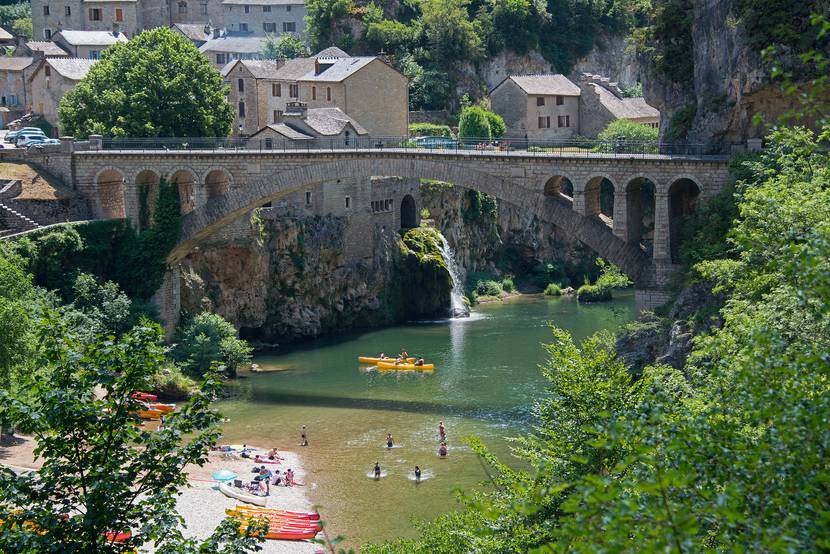